Known for its fresh seafood, beautiful beach views, exceptional service and family-friendly atmosphere, Harbor Docks has been a Destin restaurant tradition since 1979. Owner, Eddie Morgan, told us about the history of the restaurant and gave us a tour. Our family was excited to try out the menu and, in particular, the lionfish.

Lionfish, though delicious, are often viewed as menaces of the sea. Adult lionfish, first spotted along the Atlantic coast about forty years ago, are primarily fish-eaters and have very few predators outside of their home range. Researchers have discovered that a single lionfish residing on a coral reef can reduce recruitment of native reef fish by 79 percent. Lionfish feed on prey normally consumed by snappers, groupers, and other commercially important native species. This means their presence can negatively affect the well-being of valuable commercial and recreational fisheries.

As lionfish populations grow, they put additional stress on coral reefs. A study of a coral reef in the Bahamas found that two years after the rise in the lionfish population, “the biomass of the 42 species that lionfish eat had declined by 65 percent.” Lionfish eat herbivores, and herbivores eat algae from coral reefs. Without herbivores, algal growth goes unchecked, which can be detrimental to the reef’s health. These reefs are already struggling from the effects of climate change, pollution, disease, overfishing, sedimentation, and other stressors. This has led to seven coral species in lionfish infested areas as being listed as “in danger”.

Lionfish continue to expand at astonishing speeds and are harming native coral reef ecosystems in the Atlantic, Gulf of Mexico, and Caribbean. Biologists suspect that lionfish populations have not yet peaked in the Gulf of Mexico, which means that their demand for native prey will continue to increase. Recent research has also revealed that lionfish can tolerate brackish coastal zones. Mangrove and estuarine habitats may also be at risk of invasion.

According to an article by Lina Zeldovich, “Scientists aren’t sure what preys on lionfish in their native Pacific—possibly sharks or eels, whose Atlantic counterparts may not have yet learned to recognize lionfish as a food source. Right now, the only predators to keep them in check are humans.”

At Harbor Docks, as we watched the sushi chef Yoshi Eddings prepare our meal, she said, “I’m making sushi from some beautiful lionfish caught here in Destin, which I’ve never seen in Tokyo… but it’s a very nice fish.” She made a torched lionfish roll with fresh yuzu, a popular Japanese citrus. She also prepared lionfish sashimi with a miso paste and vinegar mixture. She said, “Lionfish has a clean, mild taste so I like to keep it simple and let the fish stand out. You will enjoy it.”

We went back into the kitchen and watched chef Duster Strawbridge prepare a beautiful lionfish with a ginger risotto. We appreciated getting the chance to try the fish both raw and cooked.

The sushi was tender and the cooked fish was soft and flaky with a lovely, unique taste.  A way to eat a delectable meal in a wonderful atmosphere while also helping sustain coral reefs? You can’t go wrong! 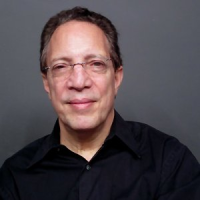 About the Author Dennis Cieri

I am a videographer who specializes in videos on Travel, Ecology, Lifestyles and Sustainability. My travel series, Beyond Moscow, which featured five undiscovered Russian cities was acquired by Amazon Prime in 2018, as well as by SES, a European TV network broadcasting to over 300 million homes worldwide. I produced a number of food and drink series, including Food Track Foodie and BrewYork, about NYC's beer industry. I also produced several ecology mini-documentaries, including "What's in Brooklyn Gowanus Canal?" and multimedia stories, including an exploration into the Amazon rainforest fires, titled "Can The Amazon Survive?” I am also founder and executive direction of New York City Independent Film Festival.
Website Twitter Facebook Linkedin Youtube

The Bountiful Culinary Options of Israel