Trade Organizations: The Benefits are Amazing

Today, she would be a successful blogger, influencer and videographer.  Then, she was just a housewife hoping her husband’s new business would succeed.

She was Bertha Benz, wife of the mechanical engineer who had invented and patented the world’s first “vehicle with gas engine” in 1886. Dr. Carl Benz was building them, but they weren’t selling.

One day, she piled two of their children into one of his contraptions and set off on a 130-mile round-trip journey from home in Mannheim to Pforzheim, where her mother lived. It doesn’t matter if she just wanted to get out of the house or if she knew instinctively that her escapade would kick-start sales, but it made her a pioneer and an inventor, like her husband.

It was the first documented drive by a woman and the first road trip by anybody. She was followed by cheering crowds attracted by minute-to-minute updates telegraphed by newspapers.

She made history, and Carl later said she popularized the automobile, even though they scared horses and pedestrians. Within a decade, business was booming, and so was our non-stop worldwide love affair with cars.

Engineer Carl incorporated Bertha’s road trip discoveries into his vehicles, making them safer and more efficient. She recognized that brakes would need a liner to prevent overheating, and suggested he add gears for climbing up and down hills.  That’s in her 1890 version of a blog, known as a diary.

Germany has honored her original drive as The Bertha Benz Memorial Route, with historical markers and designated stops. It took her one full day each way to negotiate the rutted roads carved by horse-drawn carriages, but it took me longer, even on fully paved roads, since there’s so much to see and do in a combination of sleepy small towns and bustling cities.

Mannheim – Its location on the Rhine and Neckar rivers has made it a wealthy center of commerce and culture since the 1500s. The impressive baroque palace is one of the largest in Europe and dates from the 1600s. Arrive hungry when you visit the Fressgasse, loosely translated as “street of food”, a pedestrian zone of grocery and gourmet shops and restaurants. www.germany.travel/en/cities-culture/mannheim.html

Ladenburg  – The family moved here in 1906, when the newly named Benz and Sons needed a larger manufacturing facility. There’s a small museum in the old factory, and the simple graves of Carl and Bertha are a few blocks away.

Heidelberg – Now one of the most popular tourist spots in all of Germany for its romantic vistas, including its stone bridge and the monumental Schloss Heidelberg hilltop castle, which includes the world’s largest wine cask, big enough to walk into. Save your energy and take the funicular to the top.  My favorite restaurant is the 175-year-old Zum Roten Oschen (The Red Ox), downtown, where photos of famous patrons including Mark Twain and Marilyn Monroe decorate the walls. www.heidelberg.de/english/Home/Visit.html

Wiesloch – The world’s first known refueling stop was an apothecary, which in those days was the only place to get the alcohol-based liquid to fuel such a primitive two-stroke motor. The old Town Pharmacy is still there, on the quiet main street of this still small village, marked with a plaque for its role in automotive history.

Bruschsal – Archeological excavations indicate this town has been inhabited since 4000BC, but it is best known today for its ornate palace, built in the 1750s. The interior and palace gardens are equally drool-worthy. www.schloss-bruchsal.de/en/visitor-experience/palace-garden/buildings/the-bel-etage/ceremonial-halls

Hockenheim – This famous track is where Formula 1 races are held, and where manufacturers test their new vehicles. There’s also Museum of Motorsports, which includes pioneering women race drivers.  I’m sure Bertha Benz is smiling down on those exhibits.

Schwetzingen – The Schwetzingen Castle is another eye-popping 1700s wonder, but the real treat here is spargel, from the farms surrounding the town.  These are delicate shoots of white asparagus, cut below the surface before they turn green. Each April and May, restaurant menus throughout Germany sprout platters of spargel, usually served with thick slices of shinken (ham).  Schwetzingen makes an unusual spargel schnapps, or brandy. My small souvenir bottle (which I refuse to open and drink) has a spargel tip inside.

Pforzheim – It didn’t exist yet when Bertha Benz visited her mom, but both probably would have loved exploring the Museum of Jewelry, with artifacts dating back to Greco-Roman times, more recent Art Deco items, and a pocket watch collection. The German word for jewelry is schmuck – pronounced shmook. Don’t mispronounce it. www.schmuckmuseum.de/en/index.html

Also worth visiting just off the Bertha Benz Memorial Route:

Stuttgart, home of both Mercedes-Benz and Porsche, and each offers a spectacular museum.

The Mercedes-Benz Museum follows a timeline of motorized history, through a peek into the future and the promise of autonomous driving. My favorite car on display there is not the iconic 1950s gullwing sports car; it is a 1930s 500K, one of the most expensive and powerful vehicles of its time, a gleaming beauty on display in what I call Drop Dead Red.  I wore a red top the last time I visited, in its honor. www.mercedes-benz.com/en/classic/museum/

Gottlieb Daimler patented his own version of what he called the “Motorwagen” in 1888, two years after the Benz patent, each claiming theirs was the first. The two remained fierce competitors until 1926, when they were forced to merge by German banks in an effort to save money by consolidating R&D and manufacturing.

The merger also was intended to make wider use of Daimler’s talented engineer and designer, Ferdinand Porsche. But he quit in a dispute over racing – he wanted to, Daimler didn’t. Porsche formed his own company, which included creating – at the request of Hitler – an affordable little vehicle, which became the VW Beetle (Volkswagen translates as “people’s car”).

The equally fascinating Porsche Museum is equally divided between the company’s impressive racing history and its cars for the rest of us. My favorite exhibit is the “sound cones” – stand under them to hear the throaty rumbles of different engines. Yes, there’s a difference. www.porsche.com/usa/aboutporsche/porschemuseum/

I must mention the sleepy village of Waldorf, the town from which John Jacob Astor emigrated to America, where he became fabulously wealthy. You may have heard of the hotel he named after himself and his hometown – Waldorf Astoria – now an international chain. It’s also the town where my own beloved Oma (grandmother) was born and grew up before coming to America.

Evelyn Kanter is a travel and automotive journalist based in NYC, who visits Germany often.  Follow her on www.ecoxplorer.com, where a version of this article also has been published.

Next post Lion Fish! A solution in Destin, Florida 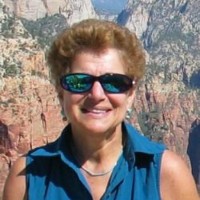 About the Author Evelyn Kanter

I'm a NYC-based travel writer/photographer who would rather ride a chairlift, river raft or zipline than the subway. My work has been published in dozens of major publications, I've written or edited more than a dozen travel guidebooks, and I publish two travel websites. My editorial focus is soft adventure, history and culture, and food, because we have to eat when we travel.
Website