A Telluride Destination Wedding During COVID-19

During the annual celebration of the Buddhist festival of Songkran, revelers douse each other with water for spiritual cleansing, as well as to cool down during the hottest time of the year.

Asiatique, the new “lifestyle” development on the Chao Praya River in Bangkok, is where Thai locals come to play.

Asiatique, the new “lifestyle” development on the Chao Praya River in Bangkok, attracts many locals but few Western tourists.

The chubby six-year-old with the heavy-duty water cannon scanned the crowd, looking for targets.  He spotted me, one of the few Western tourists in sight, and hesitated. I smiled. That was all he needed. The wet blast from his weapon hit me square in the chest. I didn’t mind. There are worse things than getting doused with water on one of the hottest days of the year in one of the hottest cities on earth by a smiling kid in the “land of smiles.”

I was at Asiatique, a new lifestyle development on the Chao Praya River in Bangkok, the mighty river that winds through the heart of the city. Asiatique is just one of several destinations that draw thousands of residents every day but remain largely off the tourist track. These destinations are where the locals play and where visitors willing to leave their guidebooks behind can observe and interact with them when they’re not working.

Asiatique is easy to get to and easy for potentially squeamish Westerners to take. It is Bangkok’s version of the commercial developments that have revitalized waterfronts in many American cities over the last few decades — part upscale shopping center, theme park and river walk. At the beginning of the 20th Century, the site was a bustling international river port before falling into decline. Now the formerly abandoned warehouses and factories have been remodeled and converted into upscale shops, restaurants, cafes, nightclubs and bars. The development also includes food stalls, theaters, and a Ferris wheel, riverfront promenade, and pier for the boats that ferry people between Asiatique and Sathorn Pier, adjoining the Saphan Taksin Skytrain station just 10 minutes away.

My first visit to Asiatique was during Songkran, the three-day Buddhist holiday that is essentially the Thai version of New Years. The roots of Songkran are religious, marked by the dousing of people with water to cleanse them spiritually. Since Songkran happens during the hottest part of the year, the dousing is usually welcome by the “dousees.” Over the years it has evolved into huge, generally good-natured water fights throughout the city, ergo the chubby boy with the mischievous gleam in his eye and the artillery grade water weaponry in his hands.

On the two visits I made to Asiatique during a recent five-week business trip in Bangkok the crowd was overwhelmingly Thai — from the looks of it, mostly middle to upper class with lots of students and young professionals. They were all having a good time, laughing, playing, and taking selfies.

One of the few Westerners I did see was at the bar, Brew, where I took refuge from the heat and the dousing. With its impressive collection of craft beers from around the world, Brew was a welcome respite from the heat.

I spent an hour or so drinking and talking to Hans from Denmark, who had wandered in for a beer while his wife and daughter were shopping. He was a serious beer drinker so our conversation included phrases like “West Coast IPA” and “hop profile” – not what you expect to hear from a Dane in a pub in Bangkok.

Later that evening as the Asiatique ferry pulled into the Sathorn Pier on my way back to my hotel, I saw a long line of people waiting to board. Again, only a handful of Westerners. Less than half of the people in line made it on before the ferry reached its 100-person capacity. Apparently, Asiatique really rocks at night.

I came back a couple of weeks later, mostly for another cold IPA, and it was the same without the water pistols — a long line to get on the shuttle, few Westerners, and lots of Thais smiling, playing and, of course, taking selfies.

The lack of western tourists is not intentional. There is an English version of their website and signs in English throughout the site. But for now the clientele is mainly local. My recommendation is to get there fast before Western tourists discover it.

Most every evening street food vendors line Soi 24, the street that runs along the southern edge of the Hua Mak Sports Complex.

The street food vendors on Soi 24, the street that runs along the southern edge of the Hua Mak Sports Complex, provide a less crowded alternative to the Ramkhamhaeng Night Market.

The crowds start early in their quest for something to eat at the Ramkhamhaeng Night Market.

Choosing among the several varieties of Isaan sausage for sale at the Ramkhamhaeng Night Market isn’t easy, especially when you can’t read Thai.

At the other end of the spectrum from Asiatique is the traditional and more economically eclectic Ramkhamhaeng night market in northeast Bangkok. It is much larger than the highly popular Patpong night market, which is surrounded by the sleazy stripper/hooker bars that attract so many Western tourists, mostly male, and far less accessible from the tourist hotels on the river or on Sukhumvit Road than the weekend Chatachuk market. The clientele at the Ramkhamhaeng market is almost all local. With no easy access via public transportation it is not likely that it will see many Western tourists any time soon.

The Ramkhamhaeng night market sets up in the late afternoon every day but Monday in a large parking lot on the northern edge of the Hua Mak Sports Complex. It may well be the largest temporary night market in Bangkok. Crowds of people work their way through the maze of aisles between rows of vendors selling inexpensive household items, kitchen utensils, packages of tube socks, t-shirts with random collections of English words, and glittery “Hello Kitty” iPhone covers and handbags.

The food is the main attraction for me, especially the fermented sausage from the Isaan region in northeast Thailand, known for its hearty, country-style cuisine. On my first visit I stared indecisively at the four trays of small, round, skewered sausages with signs in Thai describing, I assumed, the contents of the sausages on each tray. They all looked the same, but the different lettering on the signs implied otherwise.

I pointed to the sausages on one of the trays and asked the proprietor, “What’s in this?” hoping that his English was better than my Thai. It was…barely. “Pork,” he answered. I pointed to the next tray. “Pork.” And the next. “Pork.” I got the idea.

I chose one at random. He picked up a skewer of two sausages, put it in a small plastic bag, and handed it to me. I paid the equivalent of about 30 cents, headed for an open spot on the lawn by an artificial lake and sat on the ground. After rubbing a few drops of sanitizer on my hands, it was time to eat.

The sausages are like hot, slightly sour juice bombs ready to explode in your mouth, or on your shirt if you’re not careful. After several visits, a few soiled T-shirts, and the occasional minor burn on my chest, I learned that the trick is to nibble a small opening at the end of the sausage and suck out the juice before biting down.

Other personal favorites at the market include huge, fluffy shu mai and grilled chicken skewers. It’s important to note that despite numerous visits to Thailand over the years and many meals in the market and on the street, I’ve never gotten sick.

After eating I check out the people. The age range is much broader than at Asiatique. Families sit on the lawn eating while their children run around, teenagers flirt, grandmothers haggle with vendors, and athletic looking men play basketball, soccer or what looks like a hybrid of the two involving the kicking of a ball into a net about 20 feet above the ground.

Usually, it’s a night’s worth of entertainment, but if I haven’t had enough, I exit the complex at the south end, turn right and wander up Soi 24, a lively, narrow street with open air restaurants and food stalls stretching for blocks. I often top off the evening with a foot massage at one of the many places along the street. It’s not your relaxing yuppie massage with new age music and incense, but the masseuses know their business and for $7 an hour, you can’t beat the price.

Many airlines –including American, Delta, and United – have one stop flights to Bangkok for about $1000.

Get the Asiatique shuttle at the Sathorn Pier, which is right next to the Saphan Taksin Skytrain station. The ten minute ride is free.

Getting to the Ramkhamhaeng night market is more complicated. The easiest way is by taxi. Some taxi drivers might not know about the night market so its best to ask them to take you to the Rajamangala National Stadium, which sits on the southern edge of the Sports Complex. From the street entrance walk north about a half a mile to the market. Depending on where the taxi driver drops you off, you may have to wander a bit until you find it. Look for the lights, crowds and tents. If you are looking for a bit more of an adventure, take the Skytrain Sukhumvit Line to the Ekkamai station and take a taxi from there.

Asiatique The Riverfront, 2194 Room T05, Charoenkrung Road, Bangkok, 108 8744, brewbkk.com. Besides a wide selection of craft beer from around the world, they serve a full menu of Asian and Western snacks and meals. About $40 for 2, including American craft beer.

The Never Ending Summer, 41/5 Charoen Nakhon Road, Khlong San, Bangkok 10600, 861 0953, www.facebook.com/TheNeverEndingSummer/info. Ultrahip restaurant on the site of an old jam factory across the river from the Royal Orchid Sheraton. A great looking space with exposed roof rafters, beams and brick walls. An excellent modern take on traditional Thai cooking. About $35 for 2

From downtown the taxi will run about $10-15, from Ekkamai it will cost about $3-4 per person. The Skytrain will add another $1.30 per person to the total cost. You can easily hail a taxi on Soi 24 or Ramkhamhaeng Road to get back to the Skytrain or your hotel. Another option is to take the Saen Saep Canal Express Boat. The Ramkhamhaeng stop is a short walk south to the market.

To call the numbers listed below from the U.S.,

and the local number. 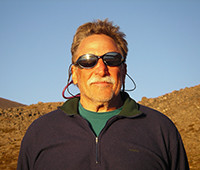