The scenic roads that make up the Wild Atlantic Way along Ireland’s west coast make a road tripping nirvana. The angelic tapestry that forms Ireland’s landscape has taken thousands of years to weft and warp into a masterpiece that only nature could weave.

Driving this route along the western edge of the country will take you through fanciful villages that seem like imaginary places described in children’s books, with brightly colored buildings, thatched roofs, and historic monuments. Along the way you’ll see stunning sea cliffs that tower nearly 2000’ above the water below. There are also long stretches of sandy beaches peppered within the jagged coastline, countless ruins, and old and opulent graveyards that date back thousands of years.

Many of the country roads are quite narrow, some with ancient walls in place of a shoulder. When one is not used to driving on the left-hand side of the road, an oncoming car will likely elicit a white-knuckle response. Your mirror and door handles, protruding from the car, get ever closer to the stone wall as you try to avoid crossing the center line (your lane is barely wider than the car) and a sense of relief will waft over you once the car passes. While these country roads require some tenacity, the reward is paid in spades.

The Wild Atlantic Way gets its name for a reason—there is often wickedly wild weather creating waves and whitewash along the shores, which showcases the spirit of this Emerald Isle. On the rural farmlands, sheep are wandering aimlessly, while cattle make themselves at home in actual old homes. Ireland is a place where leprechauns are more than myths, and storytelling is legendary, which you’ll discover while having a bowl of potato leek soup, brown bread with Irish butter, and a Guinness at a village pub. The friendly locals will be more than happy to fill your head with entertaining stories that will leave you spellbound.

Here are some of the Wild Atlantic Way road trip highlights:

Donegal is a region worth spending several days in if you can. The sea cliffs, beaches, and rural countryside are sensational. It’s worth mentioning that, in 2017, NatGeo said Donegal was the coolest place on the planet. Don’t miss Portnoo Beach, Glencolmcille Folk Village Museum, Slieve League Cliffs, and Gleniff Horseshoe Drive (Near Sligo). If you can, try to stay at the St. John’s Lighthouse, an experience you’ll never forget.

Near Letterfrack is Sky Road, one of the most picturesque areas in the region. The drive to the highest point takes you to an overlook where you’ll see large patches of green grass surrounded by blue waters. Very few places in Ireland can match this rugged beauty and range of scenery.

South of Galway is the Burren National Park, an unearthly place that will have you scratching your head as it does not conjure the typical images of Ireland.  This is an area lacking in soil and with massive expanses of exposed limestone. It’s a fascinating and peaceful place to explore.

One of Ireland’s most popular attractions is the famed Cliffs of Moher. While it can get quite busy, the incredible coastal hike there is well worth the effort.

Limerick is an old town well known for its role in the medieval-era and with gorgeous Georgian character. Just past Limerick is the small village of Adare, often described as the prettiest town in Ireland. East of Adare is one of the most important archeological sites in the country, Lough Gur, which dates back some 6000 years, and is similar to the more well-known Stonehenge in the U.K. South of Adare and West of Lough Gur is a small village with a wonderful inn and restaurant perched on a hill called the Mustard Seed and Echo Lodge, a place I recommend staying and dining.

Like Donegal to the north, Killarney makes a fantastic hub to explore the southern parts of the Wild Atlantic Way from Kenmare to the Beara Coast and so many places in between. In Killarney there are many outstanding hotels, nice restaurants, and great pubs to check out. I stayed a bit outside of town at the Aghadoe Heights Hotel, which offers splendid views, fantastic accommodations and a lovely lounge and restaurant.

South of Killarny on the Beara Peninsula is Healy Pass, one of the most impressive drives in Ireland. The views at the top showcase the scenic serpentine road that winds its way through and down the mountainside.

The Wild Atlantic Way infuses all the elements a road tripper could desire, so pack your bags and ready yourself for the adventure of a lifetime. 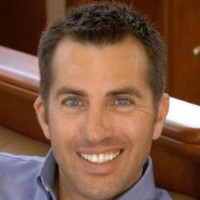 About the Author Mike Shubic

Mike has been a professional travel video blogger since early 2010. As publisher of MikesRoadTrip.com, Mike has worked with dozens of destinations, hotels, PR firms and brands. Over the years he has also been a contributor for the Travel Channel, USA Today, Yahoo Travel and Travel + Escape. Mike is currently a Lonely Planet contributor; a Travelocity Gnomad (a select group of high-profile travel bloggers who create content on behalf of Travelocity), as well as a travel ambassador for Allianz Travel. Mike is also a public speaker, often presenting at TBEX, the worlds largest travel blogger conference. He the author of Lines, Signs & Forks - Diary of a Nomadic Road Tripper, which won NATJA 2020 award for best travel book, as well as the booklet 52-Tips to a Perfect Get-away. Mike was also a contributor on the Hangzhou at a Glance travel guide.
Website Twitter Facebook Instagram