Celebrated as the birthplace of reggae and highly regarded for its full-bodied rums and flavorsome cuisine, Jamaica is a destination that lends itself equally to cultural pursuits as it does to relaxing under swaying palms on a picture-perfect beach.

Celebrated as the birthplace of reggae and highly regarded for its full-bodied rums and flavorsome cuisine, Jamaica is a destination that lends itself equally to cultural pursuits as it does to relaxing under swaying palms on a picture-perfect beach.

Some might have remained hesitant to travel internationally, but anyone seeking a carefree week of sunshine and cocktails or day trips with a dash of history a short hop from North America make the Caribbean’s third largest (and some say liveliest) island an easy weekend escape. Under two hours flight time from Miami, even taking a normally dreaded Red Eye from San Diego with a connection via Charlotte, North Carolina landed us in Montego Bay around noon and our hotel, Couples Tower Isle in Ocho Rios, two hours later.

Jamaica might be famed for its picturesque stretches of sand, but with lush interiors, lagoons and rolling hills to explore, we planned to pack as much into three days as possible. Dunn’s River Falls is standard for many first timers, but a day exploring capital city Kingston taking in the Bob Marley Museum, National Gallery of Jamaica, and walking tour of The Kingston Midtown Arts District is undoubtedly time well spent. Coffee enthusiasts will love the farm tour at Craighton Estate, located outside of the Blue Mountain State Park, but when it came to easing into things on day one, it was hard to argue with a guided float along the Great River on a traditional bamboo raft, with a glass of Prosecco in hand. An excursion with Chukka Caribbean from Lethe Village, a former banana plantation outside of Montego Bay in the hills of Hanover, certainly made for a pleasant way to spend our first morning before swinging back into nearby Trelawney Parish for an under-the-radar rum-tasting experience at Hampden Estate.

Located in the Queen of Spain valley near Cockpit Country and established in 1753 by the Stirling family, production processes at this old-world distillery and working factory remain true to 18th-century pot distillation techniques. The scenic and winding country drive to the estate grounds rewarded us with a rum punch welcome drink, an informative talk on the history of Jamaica and rum production before a hardhat distillery tour that included a peek inside the original open vat fermentation house. Regarded by many as the “grand cru of Jamaican rum,” thanks to diverse flora and fauna plus limestone aquifers in the region, Hampden’s high-flavor profile product is high in ester, which adds a fruitiness to the aromas of sweet caramel and molasses. While slaves and Maroons (escaped Africans who formed inland communities, of which four official towns are still in existence today) burned many of the great houses across Jamaica during the Christmas Rebellion in 1831, Hampden’s owners were known to pay their workers and treat them kindly, and as a result, their home was spared. Although sadly not open to the public, today Hampden’s great house is used for special events by the current owners whose flock of resident peacocks, including feisty patriarch Edward, adds to the grounds’ romantic ambiance.

Another fine example of colonial-era architecture worth looking at on our drive back to Ocho Rios was Rose Hall Great House. Fully restored in the 1960s, the Georgian-era property outside of Montego Bay provided a fascinating snapshot of Jamaican history intertwined with tales of the European bourgeoisie and ‘White Witch’ Annie Palmer that delighted and scared in equal measure. Born in Haiti, the vicious plantation mistress is said to have moved to Jamaica in search of a wealthy husband. After dabbling in witchcraft and dispatching with not one but two spouses, plus several slaves, legend states that Palmer now haunts the grounds with visitors leaving trinkets at what is purported to be her tomb.

Whether the secluded charms of Port Antonio, hedonistic resorts in Negril, or reggae clubs of Kingston appeals, Jamaica really has something for every traveler’s taste. And while the pandemic might have put pause to what was predicted to be a record-breaking year for tourism last year, thanks to well-implemented safety protocols, on-site testing at hotels, and easy-to-navigate entry requirements courtesy of Visit Jamaica making travel there low-stress, Jamaica as a can’t miss getaway destination is back. Sitting on the beach at Couples Tower Isle on our final morning, my partner and I both agreed we were leaving wishing that we could have seen more while simultaneously looking at dates to figure out when we could return. 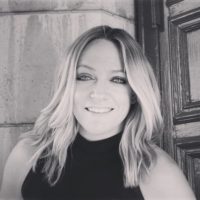 About the Author Keri Bridgwater

Originally from the UK, Keri has written for and was on staff at magazines and digital sites in Sweden, New Zealand before moving to the US over a decade ago. A reporter and guest editor with Eater San Diego for three years, Keri made the jump to travel writing in 2018. Predominantly covering destination guides and luxury-focused hotel news, profiles are a personal favorite - who doesn't love getting to meet and talk to interesting people from around the world?
Website Twitter Facebook Instagram