January 12, 2020 was a brilliant day in Sydney Harbor when I boarded the ferry headed for Manly Headlands. I ran upstairs to the front deck to face the wind and sucked in the intoxicating air. The boat picked up speed as we left the bustle of the quay behind.

Soon we were scooting past the sails of the Sydney Opera House flashing in the sun. We were off to explore the Q-Station, AKA the quarantine station, twenty minutes away. I was not certain why the Station was on the Overseas Adventure travel itinerary, but was game to explore.

Our vessel stopped at the dock that jutted out from an idyllic cove with a white sand swimming beach fringed by trees. A few lucky swimmers were padding around the turquoise waters. I felt annoyed at not being told to bring a swimsuit for this venture on such a glorious day.

After World War I, all ships entering the harbor were stopped at Manly before they were allowed to enter Sydney. The Spanish influenza pandemic was in full swing and all passengers were required to disembark here for decontamination. The ship owners had to pay all expenses incurred for this people-processing factory. Third-class passengers were given tents and rations and told to camp on the beach. First- and second-class passengers enjoyed more luxurious accommodations, but all had to go through three cleansing steps regardless of their status.

The first stop for passengers was a stifling, windowless cubicle that our guide informed us was a gas- inhalation chamber. Steam infused with zinc sulfate (designed to dry out the lungs of those with the virus) was flushed into the room crammed with 30-40 people. This procedure turned out to be carcinogenic and served to spread the virus rather than cure it. I felt claustrophobic in this room and couldn’t wait to move on.

The next step was the “Bakers Oven.” Baggage was placed on a track that moved it through a decontamination process intended to eradicate vermin. Steam at 112 degrees mixed with formaldehyde gas did kill bugs and vermin, but it shrank clothing a couple of sizes and destroyed photos in the process. If losing your wardrobe was not bad enough, the third step was even more shocking.

We entered a room with rows of showers in cubby holes. Passengers were required to remove their clothing and drench themselves in hot water laced with carbolic acid. This ghastly room brought visions of concentration camps to mind. Now, I wanted to run, but there was nowhere to hide on this tour. The unfortunate passengers were trapped here for two weeks until they had no symptoms or they died. The Que Station was fenced, and it was a long swim to Sydney.

The fourth stop on the tour was the infirmary. Most people who entered never left. Figures range from 17 to 50 million people died in the 15 months it took for the Spanish Flu to run its course worldwide. Few doctors volunteered for this deadly duty. There were 57 nurses tending to the ill in 1917. Twenty-seven of them had volunteered and many died serving their patients.

The last stop was the morgue. Autopsies were performed and organs of the deceased were harvested so that researchers could study them in hopes of finding a cure.

All the while I was on the tour, I kept asking myself what has this to do with me? I live in a modern age where vaccines and cures are available to prevent and stop disease. When I returned to the U.S. in February the pandemic was raging in China. By March, Los Angeles, where I live, was on shutdown. The streets of downtown L.A. were empty, the skyscrapers shuttered, and the air was the cleanest it’s been in my lifetime. How could this be happening? Our scientists can conquer anything! Right? We were told to shelter in place and wear a mask when we left home. Hardly the intensity of the diabolic measures taken to combat the Spanish flu, the black plague, smallpox, and other horrific pandemics. This seemed a small price to pay to head the COVID-19 virus off at the pass. Six months into the pandemic, we are no closer to containment, and the travel industry is in tatters.

Ironically, the Q-Station, which has not been in operation for many years, is now a National Historic Park that offers lodging at an affordable price in the housing that was built for upper-class passengers. You can watch the sailboats ply Sydney Harbor, swim in a sweet little cove, and enjoy a self-quarantine before entering society. I wish we had that option here in the U.S. for those venturing out in the world who don’t want to chance infecting loved ones when they return home. A fully sanitized facility with room service and a pool for exercise near major transport hubs would be a welcome option for this travel writer.

Next post San Miguel de Allende shows that the heart of Mexico Beats on! 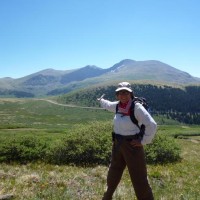