Life is Beautiful in Puerto Vallarta

Sailing into the mystic unknown, I realized this expedition cruise to Antarctica on the Hurtigruten Midnatsol was quite different from any cruise I have ever been on. It was exploratory and research-based, where scientists were sailing to the land of silver blue glaciers and ice floes, to learn about climate change and migration patterns of the wildlife who lived there.

We went from Ushuaia, Argentina, and were given many facts about this land.  First, we went in November 2018, so it would be spring: ten below instead of 60 below. And, yes, it is an inhospitable land to humans. No human lives there permanently, but, in contrast, devoid of permanent human life, there are vast amounts of animal life.  It is said that over 30 million penguins live on the White Continent– Adélies, Gentoos, Kings, and Chinstraps. The sea also abounds with whales: Blue, Fin, Humpback, Minka, Orca and Sei, fur seals of multiple species, and Wandering Albatross and other birds, in addition to penguins.

But such animal magnitude was yet to be experienced, as the first phase of our Antarctic sailing was a test of our mettle: crossing the 600 mile Drake Passage, the world’s roughest body of water that separates South America from the Antarctic peninsula.  Martin Iversen, Captain of our vessel, said the Passage had nicknames denoting whether it was calm or NOT: the Drake Lake or the Drake Shake. It was where the Atlantic and Pacific meet, and often, turbulence ensues.

On our voyage and in both directions, going and returning, we encountered the Drake Shake: twice, for a day and a half. Midnatsol was pummeled with high waves on both sides.  The rocking and rolling began quickly one day, and ended quickly the next. Then we were on glassy ice blue, glacier-laden water.

The first place visited — in our RIB, rubber inflatable, boats, and wearing our new (provided by Hurtigruten) fire-engine red Helly Hansen Jackets with black lifejackets — was Deception Island, created through entropy, or, the volcano falling in on itself. It was still smoldering from the conjoined fire and ice.

It was in the South Shetland Islands off the Antarctic Peninsula. Its landscape comprised of barren volcanic slopes, black steaming beaches and snow-layered glaciers. It is one of the only places in the world where ships can sail directly into the center of a restless, entropized volcano.  On shore is an abandoned British Antarctic survey base and rusted boilers from an old, Norwegian whaling operation. And it was the first place I ever saw vast numbers of Gentoo penguins, and one very sleepy fur seal.

From our RIB boat, we landed on the black sand beach, and stepped into the steamy water with our Hurtigruten rubber boots.  The water emitted steam from its sunken volcanic core.  So, our first impressions were unique: the steaming black beach, the rust-reddish buildings, the fur seal sleeping next to them, and down the beach were colonies of squawking Gentoo penguins, enjoying themselves as they swam, or walked, and just looked out to sea. Or at us.

That was our first, not last, encounter with penguins. We saw many others on different islands. Half Moon Island, a crescent moon-shaped South Shetland island is home to a large Chinstrap penguin colony, as well as nesting Antarctic terns, kelp gulls, snowy sheathbills, and Wilson’s storm petrels.

On our snowshoe hikes, and in our kayaks,  we were consistently astonished with vistas we had never seen anywhere else: near the Lemaire Channel around cathedral-sized blue glaciers we saw  whales swim nearby; another day at Wilhelmina Bay, we encountered a partially sunken rusted-out whaling boat, the Governoren, bobbing up and down, essentially in the same place since January 27, 1915.

We visited islands, bays, and harbors, all historic in their own ways. But actually, being on the continent of Antarctica was soul-grabbing.

We stepped onto the land where intrepid explorers — Shackleton, Perry, Byrd, Scott, Amundsen, and many others — walked at one time or another.  We were struck with a sense of gravitas and gratitude that remained for the trips remainder.

In those last days, I pondered about those I had met here and would not see again. There were two sisters who had just spent a month in a Monastery in Katmandu, and had always felt Antarctica was next on their “Worthiness List.”  There was a retired university professor from Southern California who had “finally heeded the call of the wild” and was traveling to places she always wanted to see.

Others shared similar stories, all validating an undercurrent of what we had sensed and almost heard, at different times in our lives. It was, as the Greeks mentioned in The Odyssey, the siren song of the wild, paired with an encroaching desire to explore the unknown. The Antarctic moment combined these two things, now motivating factors on our journey of transformation.

Each day we became more risk-tolerant, more open to kayaking as we explored glaciers, where we observed, up close, huge ice floes, and trekked nameless mountains.  Somewhere between Ushuaia, the Waddell Sea, and the Antarctic continent, our mortal coils of daily hesitations were thrown away. What was left was our sense of wildness without fear, looking forward to the newness, the thrill of the next adventure.

No human lives there permanently, but, in contrast, devoid of permanent human life, there are vast amounts of animal life. It is said that over 30 million penguins live on the White Continent– Adélies, Gentoos, Kings, and Chinstraps. The sea also abounds with whales: Blue, Fin, Humpback, Minka, Orca and Sei, fur seals of multiple species, and Wandering Albatross and other birds, in addition to penguins.
Tags: SailingAntarticaicebergwildlifewhalescold 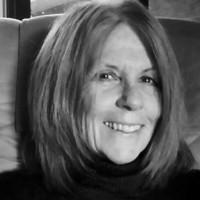 About the Author Susan Kime