The great appeal of Africa has always been its wildlife. Elephants, rhinos, lions, leopards, zebra and even the Cape buffalo roamed freely in grasslands, savannahs and deep forests throughout much of the continent. But times are changing.

The great appeal of Africa has always been its wildlife. Elephants, rhinos, lions, leopards, zebra and even the Cape buffalo roamed freely in grasslands, savannahs and deep forests throughout much of the continent. But times are changing. As human population accelerates, the wildlife is being pushed to near extinction. Meanwhile the wealth of natural resources like oil, diamonds, gold and other minerals have kept these African economies from collapsing. But we are overlooking something very important. The question should be: “Why not find a way to preserve and increase the wildlife and therefore increase tourism to stimulate the economies?”

This should be one of Africa’s number one objectives; the preservation of its wildlife. When it’s gone, it will be lost forever. Every year, more and more indigenous animal species are being placed on the endangered list or are becoming extinct. There is no going back. On the African continent a hundred years ago, there were more than 10 million elephants and today there are around 350,000. The philanthropic conservation organization, African Parks, and Earthwatch, the nonprofit field research volunteer organization, are making a big difference in African wildlife preservation.

Last June, I traveled to Malawi with my son, Richard and granddaughter, Katelin, to assist in scientific field research for the Earthwatch project named Animals of Malawi in the Majete Wildlife Reserve.

Malawi is a land-locked country in south-central Africa with five national parks and four wildlife reserves. You might think this was a “good place” for wildlife to thrive. But corrupt governments permitted big game hunters to kill lions, leopards, zebras and other wildlife for a fee. These hunters wiped out the elephants for ivory and rhinos for their horns. In addition, the illegal bush meat trade in the villages surrounding the game reserves took whatever they needed to survive the hard times. This resulted in Malawi becoming one of the poorest countries in the world.

While countries like Kenya, Tanzania, Zambia and South Africa were prospering with safari tourism, Malawi’s wildlife population dwindled to almost zero by the year 2000. Since then, conservation officials in the government have finally woken up to the fact that their landscape of the wildlife parks and reserves are more diverse than other surrounding countries. Malawi has high mountains, 87 forests reserves, and over 500 plant species and 10% of the 650 species of birds unique to Africa. Lake Malawi is the third largest lake in Africa and ninth largest fresh water lake in the world. What would it take to reverse this downhill slide and make Malawi the pride of Africa? All the ingredients are there. What is required is some outside assistance. Thankfully, African Parks came to the rescue.

In 2003, African Parks took over complete and long-term management responsibility of Majete Wildlife Reserve. It was the first of three wildlife reserves they managed in Malawi. Soon after, they added national parks and protected areas in eight other African countries.

Before animals could be translocated mainly from South Africa, an electrified perimeter fence was constructed around Majete. Next, was the selection and training of park rangers and management staff to protect the animals once they began to arrive. First to come were the black rhinos in 2003; elephants followed in 2006; lions in 2012, as well as a host of other wildlife. Today, it’s a success story with a thriving reserve of more than 12,200 animals attracting more and more visitors.

In June, our Earthwatch project continued the scientific work for African Parks as it moved into the next phase…research — for correct management decisions for the future. We were lead by head scientist, Dr. Alison Leslie from Stellenbosch University in South Africa and two of her post grad students, Anel Olivier and Kayla Geenen.

Over the past four years, vital data had been gathered and it showed the reserve had become so successful with animal reproduction and protection that there now was a need for land management. Majete had started to become overcrowded. It was now time to translocate some of the wildlife to other reserves in Malawi that were just in their infancy of rebirth.

Our days at Majete were spent in counting animals from vehicles, on foot and at waterholes. Even when we were not physically counting the wildlife, there were camera traps to download. We surveyed areas of vegetation to help the scientists determine the sources and availability of food.

Another element of our Earthwatch project involved visiting schools and communities surrounding the wildlife reserve to reinforce the need to maintain their precious natural resource. We enjoyed our time spent at one of the eighty-five surrounding villages with its wonderful primary school. Tens of thousands of local people are being positively impacted by Majete’s resurgence. Employment has risen more than ten-fold with now 140 people being employed on a full-time basis, including the growing ranger force that patrols the park daily. I was astonished to learn that not one rhino or elephant has been lost to poaching.

In the summer of 2016 and then last summer, an historic African event in conservation history took place. It was called the 500 Elephants initiative. 2000 various animal species including 500 elephants were translocated from Majete and Liwonde Wildlife Reserves to Nkhotakota Wildlife Reserve in the north of Malawi.

Last summer, I, my son and granddaughter were in Majete as preparations were being completed for the second of the two translocations the following week.

The procedure went as follows: elephants were tranquillized in family groups. They were then hoisted feet first by cranes onto recovery trucks. The elephants were woken up in purpose-built “wake-up trucks” and loaded onto 30-ton low bed trucks for the 300-mile journey to the north. Upon arrival at Nkhotakota the elephants were released into a holding area with food and water. After 24 hours, they were moved to the larger reserve.

I was overwhelmed with the beauty of Malawi, its people, its wildlife and the extraordinary lengths African conservation groups will go through to actively protect endangered species. This is just the beginning of the new world of conservation. I am now looking forward to my next return visit.

IF YOU VISIT MAJETE WILDLIFE RESERVE

Getting there: International flights to Lilongwe and Blantyre – Ethiopian Airlines; Malawian Airlines; Kenya Airways; South African Airways. You will need a Malawian visa upon entry.

When to visit: The best time to visit is June to August.

Where to stay: Mkulumadzi Lodge is the very best luxury lodge in Malawi and perhaps southern Africa. The lodge uses the green energy from solar power. The chalets open to spectacular views of the Shire River.

African Parks is a non-profit conservation organization founded in 2000. It takes on direct responsibility for the rehabilitation and long-term management of protected areas in partnership with governments and local communities. https://www.african-parks.org 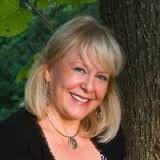 About the Author Carole Herdegen

Carole is an accomplished world adventure traveler of seven continents, photographer and travel writer who now makes her home in Michigan.