While the Midwest maybe isn't your typical vacation destination, it very well could be the smartest travel decision you'll make. Adventures aplenty and priced just right, the Midwest is an awesome region to visit.

While the Midwest maybe isn’t your typical vacation destination, it very well could be the smartest travel decision you’ll make. Adventures aplenty and priced just right, the Midwest is an awesome region to visit. Country music singer Jason Aldean wrote about those “Flyover States” and shares reasons why people who haven’t discovered the Midwest’s brilliant landscapes and harvest moon cannot even begin to fathom its special brand of appeal. The Midwest is comprised of 12 states: Indiana, Iowa, Illinois, Missouri, North and South Dakota, Ohio, Nebraska, Wisconsin, Kansas, Michigan, and Minnesota. Traveling for the first time to Iowa, Wisconsin, Indiana, and Kansas had me mesmerized from the beginning. With many interesting landmarks to see, new foods to taste, scenic terrains, and landscapes to photograph, I didn’t know where to begin.

Strolling Winterset, Iowa’s Hogback and Holliwell bridges, of the award-winning Bridges of Madison County fame, made me wonder how many devotions were left between lovers on the carved walls or how many shared a memorable kiss at this romantic spot. In total, there are six covered bridges in Madison County. Winterset holds an enchanting factor for sure. It’s quintessential small town square, complete with a water tower, is busting with friendly people, shops, and tasty eateries. The Bakery Unlimited is where locals grab their morning coffee paired with a savory bagel or sweet donut. It’s also the home of John Wayne’s birthplace, which is a public museum that attracts many international visitors.

Iowa’s restaurants often have breaded pork tenderloin on the menu, the state’s most talked about food and truly bigger than the plates they are served on. Oh my, this is one dish you’ll love!

I only spent a day in Wisconsin, with that being on the southwestern shore of Lake Michigan, in Kenosha. When visiting Kenosha, think amazing donuts, a whimsical trolley ride, and a fun visit to the Jelly Belly Visitor’s Center. Mike’s Donuts and Chicken has some of the best donuts I’ve ever eaten. The Girl Scout Lemonade and Chubby Hubby Cylops won’t let you down! At Jelly Belly, take a free 25- minute train tour of the warehouse facility, complete with samples. Be sure to take in the darling $1 electric streetcar runs around a two-mile loop through downtown Kenosha along Lake Shore, running parallel with the harbor. The streetcars are fashioned from 1950’s retro trolley cars and children especially will love them.

The third Midwestern state I visited was amazing Indiana. Bloomington is a much-talked-about place that I had to explore and is the flagship campus of Indiana University. This charming city was fun to ride Pedego electric-bikes through, indulge in vegan pastries at Rainbow Bakery, and tour the uber cool Lilly Library on IU’s campus. Another fun college town is West Lafayette, home of Purdue University. Strolling Purdue’s massive grounds is a great way to spend the day, soaking up the scenery that includes the gates that were used as the model for the Monsters University movie setting. Adorable shops, street art, and homemade candies and gummies are available in the downtown parts, while the best-frozen treats you’ll ever have can be found at Igloo Frozen Custard. Also be sure to also sample Arni’s, a local’s pizzeria, super thin crust pizzas.

My Indiana travels also included a stop in Fort Wayne, home to the second largest genealogy center in the country, nice museums and zoo, and a minor league baseball team. If your heritage interests you in the least, you can search a 500,000 database on your own or with assistance in a comfortable library setting at the Genealogy Center. You may want to schedule your Fort Wayne visit around the incredible Vera Bradley springtime warehouse sale.

Indianapolis was the coolest Midwest destination of them all. This highly patriotic city has incredible war memorials and fountains plus one of the best children’s museums and zoos in the country. Did I mention that Shrimp Cocktail was invented in Indy at St. Elmo’s Steakhouse? Eat with caution; the sauce is heavenly and hellacious at the same time!

I visited Kansas City or KCK as the locals refer to it, one of the only places in the country to cohesively share a border between two states, Kansas and Missouri. The multi-cultural city is located centrally (geographically speaking), so many big companies and factories have made Kansas City their home base.

KCK is known for exceptional barbecue; smoked meats done low and slow in this region. Over 1200 accompanying sauces are created and bottled at Original Juan Specialty Foods. Nearby, the Kansas City Steak Company ships desirable cuts of meat throughout the US and to many other countries locally and through the QVC online shopping channel.

Another themed hotel worth mentioning is KCK’s Chateau Avalon, which features a variety of rooms and is a popular wedding/anniversary destination. Chateau Avalon’s rooms include Tahitian Treehouse, New York Penthouse, Camelot Suite, and nearly 20 more.

If possible, rent a car and drive through the beautiful Flint Hills. Here, tall grasses and bison share the landscape with sunflowers in a picture-perfect setting.

Stop by the newest Tallgrass Prairie National Park to explore the pristine landscape; serene, yet inviting. Scents of blue Sage and fetid Marigold sedate you as you wander through the terrain, truly God’s country, and part of the historic Sante Fe Trail.

During your Flint Hills road trip, stop for lunch at Hays House in Council Grove, a tasty eatery that claims to be the oldest continually operating restaurant West of the Mississippi. The country buffet is enticing and the salad bar features delicious Dorothy Gale dressing, a local fave. Hand-made pies finish off a memorable meal at this National Historic Landmark.

My favorite Midwest destination is Wichita, laden with state-of-the-art museums, interesting culture, noteworthy attractions, and great street art. My way of describing Wichita is adult- hipster friendly. This is a place where I, rapidly approaching 50, felt right at home in the late night venues.

A free trolley shuttles you around the downtown area, with pickups at many hotels. I especially loved the Mosely Street Melodramas audience-participation performance that included a buffet-style dinner and Keeper of the Plains, the most recognized symbol of Wichita, designed by Indian artist Blackbear Bosin.

This 44-foot tall steel sculpture of an Indian with his arms raised toward the rising sun is located on the banks of the Arkansas River and is the star of the city. The firepots surrounding The Keeper are lit each evening at sunset and burn for 15 minutes. Street performers and food trucks are available nightly for the crowds who come out to enjoy the ritual.

The Midwest truly has something for everyone. It makes for a most economical getaway so you end up with so much more bang for your buck.

Next post The Pride of Africa – Malawi’s Majete Wildlife Reserve 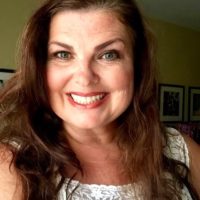 About the Author Melody Pittman

Melody Pittman is one half of the Wherever I May Roam blog team. Along with her daughter, Taylor Hardy, they write about luxury travel, culture, and food with a side of smart spending. Melody freelances for both online and print publications as well as belonging to NATJA, TBIN, and TravelingMoms. She most recently started her second blog, Travel the South Bloggers, with daughter Taylor, to showcase Southern state travels, CVB’s, and local businesses. Melody resides in Vero Beach, Florida and Boquete, Panama.
Website Twitter Instagram