Kokopelli Cave Experience: The Anasazi Never Had It So Good!

A visit to Belize can take you from jungle adventure to pristine white sand beaches along the bright Caribbean blue sea where explorers of all ages can play and learn.

A visit to Belize can take you from jungle adventure to pristine white sand beaches along the bright Caribbean blue sea where explorers of all ages can play and learn.

It is a showcase of nature in all its tropical glory. It is largely unspoiled on the mainland and smaller outer islands, such as Caye (pronounced ‘kē’) Caulker, which is a prime location for diving and snorkeling along the Belize Barrier Reef system, the largest barrier reef in the Northern Hemisphere.

Tucked between the Caribbean Sea and the rainforest on the eastern coast of Central America, Belize is a small and diverse nation. Formerly known as British Honduras, it was the United Kingdom’s last colony on the North American mainland and still maintains strong ties with Britain. Thus, the official language of Belize is English, which helps to make your trip even more stress free.

Coming from California, I took a red-eye flight and arrived a day before my sister, which gave me a day to relax before heading out to the rainforest area of Western Belize where we were to stay three nights in San Ignacio. At the top of our list was a visit to the ancient Mayan ruins of Caracol, followed by zip lining through the jungle canopy and cave exploration, also known as spelunking. All things considered – even the three-hour each way, bone-rattling drive on a washed-out dirt road – Caracol was still the highlight of the trip.

Tip for Your Trip

Tourism is a major source of income for the people of Belize and all hotels are able to book tours for you. With their knowledge of local guides, I recommend making tour arrangements through your hotel.

We stayed at the modest Midas Belize, made our reservation for a Caracol tour the night before, and felt like we totally lucked out in getting Selwyn, a Yucatan Mayan raised in the jungle and who calls himself a naturalist. We sure couldn’t disagree because he was extremely knowledgeable about plant life, history of the Mayans, and Belize as a developing nation.

Caracol is huge. In fact, it is the largest Mayan site in Belize, and one of the largest in the Mayan world. The core area alone is 15 square miles and once supported a population of more than 120,000 people. The ruins are still being excavated and much of the area remains un-cleared. Unlike Chichen Itza and Tulum, the better-known Mayan ruins of the Mexican Yucatan Peninsula, where climbing is banned, it is permitted at Caracol.

Selwyn – our guide to the Caracol ancient Mayan ruins. Photo by Priscilla Willis

Caracol’s central core consists of three plaza groups surrounding a central acropolis and two ball courts, along with a number of smaller structures. The complex covers 30-square miles of thick, high-canopy jungle, and includes five plazas, an astronomic observatory and over 35,000 buildings.

The Caracol Archaeological Project of excavations and restorations started in 1985 and is ongoing. Students from the University of Nevada, Las Vegas, are currently living and working on the site.

The main pyramid at Caracol is called Caana or “Sky Palace.” At 136- feet high, it is the tallest Mayan building in Belize and the tallest man-made structure in the country. Caana contains four palaces and three temples. More than 100 tombs have been found, as well as a rich array of hieroglyphic inscriptions.

We spent a good two hours exploring the ruins and listening to all that our guide had to tell us about the Mayan culture and discoveries excavated from this former grand empire. Selwyn pointed out reservoir systems, roads, altar-carvings that indicated warriors and gods, and much more. I highly recommend hiring a guide even though there is a Visitors Center exhibiting a number of photographs and diagrams of the site, along with artifacts.

I was fascinated by the root system of the sacred Mayan Ceiba tree – one of the most important elements of ancient Maya sacred flora and medicinal plants. The branches of these majestic trees reach to the heavens and the roots are believed to stretch into the underworld.

After several hours, we returned to the Visitors Center area where there are restrooms and covered picnic areas. Our most excellent guide, Selwyn, wins again by bringing a traditional lunch (included in the tour) prepared by a local Belizian widow. And, rum punch, which we soon discovered is the refreshment that comes with every all-day outing.

Our tour of Caracol ended with a visit to Rio Frio Cave in the Mountain Pine Ridge area and a stop at the Río-On Pools for a refreshing dip in cool waters cascading down among huge boulders.

Well-maintained steps and stepping-stones lead visitors into the impressive entrance to the Rio Frio Cave with huge stalactites hanging from the cathedral-like vaulted ceiling and a pool of water surrounded by fine white sand. With 70-foot high arches on two sides beckoning you to venture within, this is an easy cave to access for first-time cave explorers, seniors, kids, and those less athletically inclined.

If Belize is on your bucket list—and it should be–pin this image to remember that a visit to the incredible Caracol Mayan ruins is a must-see! 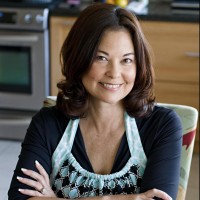 About the Author Priscilla Willis