Set Your Clock to Island Time

The rolling hills of Vancouver Island’s Cowichan Valley are home to organic farms, medal-winning wineries, artisanal food producers--and a tea farm, something you might not expect to find in Canada.

The rolling hills of Vancouver Island’s Cowichan Valley are home to organic farms, medal-winning wineries, artisanal food producers–and a tea farm, something you might not expect to find in Canada.

The driveway into Westholme Tea Farm winds past a terraced field of tea plants to a parking lot in front of a converted barn. Whimsical clay face masks hang on the knotted wood siding. Inside, the smell of a wood fire greeted me. A young woman offered me tea of the day in a ceramic teacup. Black cardamom. Smooth and slightly smoky with a hint of vanilla.

Tea in hand, I browsed while I waited for Victor Vesely, one-half of the couple who own the farm. Honey-colored wood planks cover the floor and ceiling. Light streams through floor-to-ceiling windows. Shelving contains a large assortment of tea blends for sale. Rustic tables offer space for customers to linger. A separate room displays pottery handmade by the other owner, Margit Nellemann. Funky tea sets, small plates, clay lanterns and birdhouses.

The interior of the Westholme Tea Farm. Photo by Donna Janke.

Pottery along the walls of the Westholme Tea Farm. Photo by Donna Janke.

Victor arrived, wearing a brown sweater under dark denim overalls. As we talked, he interrupted our conversation several times to greet customers entering the shop. Many were regulars, here to refill their supplies of a favorite blend.

When Margit and Victor bought the property in 2003, they hadn’t intended to create a tea farm or even a tea shop. They removed invasive blackberry bushes, and planted lavender and garlic. They harvested hay. They converted the old barn into usable space for Margit’s pottery studio. They grew more food, selling it at farmers’ markets. In 2008, they held their first “Art + Tea” event, pairing Margit’s pots and cups with tea tastings and performing artists. They began creating their own tea blends, with organic tea and herbs sourced from around the world.

Victor Vesely, co-owner of Westholme Tea Farm, next to the display of tea grown on the farm. Photo by Donna Janke.

Over time, tea became their sole focus and Victor questioned why tea wasn’t grown in Canada. To my surprise, weather was not the reason. Victor discovered tea growing in Cornwall, whose latitude is similar to Vancouver Island, and saw photographs of Japanese and North Korean tea fields covered in snow. The winters in some parts of Canada may be too harsh for growing tea, but that was not the barrier in this part of the country. The reason was the cost of labor and the cost of land.

That did not deter Victor. He said if you make an artisanal product that people seek out, you can charge its value. Victor and Margit imported and planted 200 Camellia sinensis seedlings. It takes five years for tea plants to reach a stage where leaves can be harvested. At the five-year point, Victor and Margit decided the plants were not quite ready and waited another year. They harvested their first crop in 2016.

“It is one thing to grow tea, a different thing to make tea,” Victor said.

Margit is self-taught in clay and Victor became self-taught in making tea. He said his lack of knowledge was a disadvantage, but there were also advantages in being able to innovate and create new tea styles based on millennia of tea-making traditions.

Westholme harvests tea three times a year, in spring, in mid-summer, and again in fall. Victor created seven single origin teas from his one-acre field. He made green teas from the handpicked leaves of all harvests. He pan-roasted withered and bruised leaves several times to create an oolong tea. Tea flowers, added to a fall harvest tea, created an earthy tea with a fruity scent.

His Quail’s Nest tea is a Japanese kukicha style tea, also known as twig tea because it is made from the twigs and stems of the plant, not the leaves. Twig tea has very little caffeine. A maple leaf falling into Victor’s basket during harvesting became the inspiration to add maple stems. The result was the popular Maple Quail’s Nest tea.

Westholme’s homegrown single origin teas cost six to seven times more than their other blends, but Victor appears to have been right about the willingness of people to pay for a quality, artisanal product. When I visited the farm in the spring of 2017, most of the 2016 harvest tea was sold out. The small remaining stock included Quail’s Nest Twig Tea. I chose to sample that tea, served of course in Margit’s pottery.

“The marriage of tea and clay is thousands of years old,” Victor said.

Our server brewed the tea in a glass beaker before straining it into a pottery teapot. The twigs remained in the beaker, ready for another steeping. She said some teas, oolong and green teas for example, can be steeped two or three times. The flavor changes slightly with each steep. Quail’s Nest had a pleasant, earthy taste. The second steep was mellower, but I noticed little other taste difference.

Orange torte, one of the sweet treats available at Westholme Tea Farm. Photo by Donna Janke.

Tea and sweets complement each other, each subtly changing the taste of the other. Westholme’s menu includes a number of tea-inspired sweets. My husband and I sampled raw chocolate brownies and cranberry turtle bars with black breakfast tea in its caramel crust. We shared a piece of gluten-free orange torte made with whole oranges, almond flour and earl grey tea. The tea became smoother and more flavorful with each bite and each sip.

Terrior, a term typically applied to wine, also applies to tea. The combination of soil, minerals, temperature, wind and moisture affect taste.  I visited the farm when spring regrowth was just beginning, after a harsh winter that saw colder temperatures and more snow than usual. Victor looked forward to tasting the impact on 2017 harvests. “Extremes of heat and cold stress the plant and create unique and interesting flavors,” he said. The first 2017 harvest is now complete. The tea plants “bounced back with bravado.” In addition to producing a green and an oolong tea, Victor used frost bitten leaves and stressed branches to create a new tea, a maple smoked Japanese style hojicha tea. He describes it as a “woodsy tea that will leave a sweet smoky linger on the palate.”

Now, back home and miles away from Westholme Tea Farm, I brew the tea I purchased at the farm and think about the visitor book, filled with drawings and sketches, customers using more than words to express their feelings. Beautiful as the drawings were, it is a written comment I remember. A customer described the tea farm experience as “hygge”, a Danish word that doesn’t translate directly into English, but roughly means coziness or comfortable friendliness contributing to contentment and well-being. It is a good description.

Next post Belize: The Ancient Mayan Ruins of Caracol 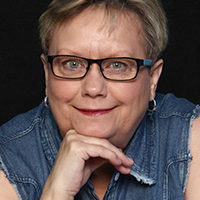 About the Author Donna Janke

Donna Janke is a travel and fiction writer from the Canadian prairies. Every place has a story. Donna loves to explore the world around her, near and far, to discover those stories and share them. She maintains her own travel blog Destinations Detours and Dreams.
Website Twitter Pinterest Instagram