Epic Skiing Without the Crowds in Idaho

A Japan eco-adventure, cycling through the Shimanami Kaidooffers, offers the active eco-tourist a breathtaking experience.

Few countries can claim to have a relationship as close to nature as Japan does. While casual visitors to Tokyo and Kyoto may view an endless sea of concrete at first, they soon realize how Japanese citizens find ways to stay in touch with nature. From large parks in the center of a megalopolis that draw endless crowds evenings and weekends to the smallest bonsai perched on an apartment shelf, the Japanese strive to remain connected with the environment. This love of all things out-of-doors permeates all aspects of daily life.

As a new century dawns, humans begin to truly understand the impact that our lifestyle has on the globe. Slowly travelers are realizing that the journeys they undertake add to the burden placed upon the environment and are seeking ways to explore the world while still having as little of an impact as possible.

Japan has learned that just having basic recycling and environmental regulations are not enough to attract this new style of traveler. By promoting green initiatives in conjunction with its natural assets, it can attract the environmentally friendly eco tourist wanting to see it all while still treading lightly.

Recognizing the importance of this growing niche, many of the country’s prefectures have started working to attract explorers interested in more than the average bus tour. Hiroshima and Ehime, home to some of Japan’s most scenic natural landscapes, jointly developed a breathtakingly beautiful way to experience this picturesque rural area: the Shimanami Kaido cycling route.

Loosely translated, ShimaNami means “island over sea route” describing perfectly the 70 kilometers bike route and paths that stretch over the Seto Inland Sea. Eight islands connected by a string of architecturally stunning bridges guide visitors through some of the loveliest coastlines in Asia. The Shimanami Kaido does more than just link two prefectures though: it connects urban Japan to its rural countryside, bridging the nation’s future with its culturally rich past.

For most cyclists, their two day journey starts in Onomichi City, a short distance from Hiroshima airport, and takes them to Imabari City on Shikoku Island with an overnight stop midway. Onomichi was founded as a port city and can trace its’ modern day prosperity to a close relationship to the Inland Sea. A steady influx of income from fishing and shipping meant that residents had more leisure time than their rural neighbors to enjoy the luxuries of higher education and temple life.

Over 20 temples dot the city today, and no visit to Onomichi would be complete without stopping by at least a couple of them. Senkoji Temple shares the mountain top with a municipal park and the Onomichi City Art Museum.

From the hilltop observatory, the eyes can feast on a panoramic view of the harbor and Seto Insland Sea, while a giant Rosary stored in Kannondo Hall at the temple promises to scare away any lingering evil spirits. A stop at the Art museum is a must for art lovers, while architecture buffs will marvel at the building housing the collection –it was designed by the world famous Japanese architect Tadao Ando.

Jiko-ji is another temple worth seeing. Located in the heart of the old city among narrow back alleys and aging Japanese homes, it’s famous for being the only place in the world where both tourists and worshippers alike can create their own Nigiribotoke. This unique small clay Buddha is formed when a roll of clay is squeezed in one hand while making a wish. A few more pinches of the fingers form the nose and ears while a small wooden dowel is used to draw the mouth and eyes. When the NigiriBotoke is complete, a master bakes the figurine in the temple’s oven and ships the Buddha to its new owner.

A traditional Shinto shrine located next to modern buildings in Onomichi – Photo by: Nathan DePetris

Most cyclists start their day and their journey on the Shimanami Kaido from Onomichi in the early morning. While watching the sun rise over the water and harbor, they see a Japanese city come to life. After renting their bikes, cyclists start their tour with a short ferry ride from Onomichi to Mukaishima Island. This short two minute cruise is the start of the scenic Shimanami Kaido. The rental station also sells the tickets used to pay the tolls for the six bridges crossed along the way.

Riders see the port area and northwest tip of Mukaishima Island before reaching the Innoshima Ohashi Bridge, the only bridge on the route where bicyclists ride beneath the automobile lanes. Once on Innoshima Island, the route follows the north coast. Cool breezes start to waft in off the water and the smell of the sea becomes heavy.

The route on Ikuchijima Island follows the coast, winding in and out of small villages with a chance to stop at Kosenji temple. Many of the structures at Kosenji are modeled after some of the country’s most iconic shrines and temples; these will delight the eyes while a stroll through the underground grotto gives riders a chance to escape the sun for a little while. This temple is one of the highlights on any bicycling tour, so taking time to enjoy the grounds is highly recommended. The area is also home to many mikan (mandarin orange) orchards and during the spring and fall the heavenly scent of citrus perfumes the air.

The usual route then winds its way to Sunset Beach where riders can refresh themselves on hot days with a quick splash in the sea before watching the sun dip below the horizon. Since this is the island that most will use as a overnight stop during the journey, ryokans can be found in abundance all along the route. Some, such as Ryokan Tsutsui, offer many amenities for the overnight guest. Freshly caught seafood and locally sourced produce keep the gourmand happy while those seeking the experience of staying at a traditional Japanese ryokan revel in the tatami mats and futon style bedding. Hot spring baths to help with those sore muscles can be found at Tsutsui; one public tub is shaped like a lemon with fresh lemon slices added to the hot mineral water. The smell of the citrus clings to the skin giving bathers a refreshing aroma that lingers.

Sunset Beach, a popular area for swimming in the Seto Inland Sea – Photo by: Nathan DePetris

Early risers can catch the sunrise over the Pagoda at Kojoji Temple in Setoda, painted several times by Japan’s much beloved artist Hirayama Ikuo. The second day on the Shimanami Kaido starts by crossing the Tatara Ohashi Bridge. While making their way across, riders often pause under one of the bridges’ huge pylons where wooden clappers are attached to the railing. Using these clappers, cyclists listen to the otherworldly echo produced by the pylons, an unexpected side effect of the bridges’ design.

This day is typically the longest and most strenuous for riders, especially if they want to include the Oyamazumi Shrine on the north side of the island. A traditional Shinto shrine, early morning visitors can watch as attendants dressed in traditional white kimonos sweep the grounds with large twig brooms over a dozen feet long. Watching as the broom moves across the ground in sweeping rotations can be very relaxing while offering amazing photograph opportunities. The museum that shares the shrine’s grounds has one of the most amazing collections of Shogun era armor that can be found in or outside of Japan.

Sweeping panoramas of nature and small villages grace the route as cyclists cross both the Omishima bashi and the Kahata Oshima Ohashi bridges before tackling the long uphill climb on Oshima Island. A stop for a quick seafood BBQ at Yoshiumi Ikiiki-kan is suggested before entering the Kurushima Kaikyo Ohashi Bridges, 3 connected bridges spanning four kilometers (2.5 miles). Once on the final stretch of the Shimanami Kaido cool ocean breezes and tidal whirlpools in the waters below the bridge astound riders as they finish their journey through natural, cultural, and architectural landscapes.While watching the sun slowly set as fishing boats return home to the harbors under the Kurushima Kaikyo Ohashi Bridges, riders can reflect on their eco adventure ride. Iyatoma Park observation Deck’s view changes moment to moment as the orange light of the evening flashes across the white bridges and forested islands dotting the surrounding sea.

Eating along the Shimanami Kaido

The west is familiar with sushi and teppanyaki, but Japanese cuisine goes way beyond fare that is found at most every local strip mall worldwide. Riders along the Shimanami Kaido will find a plethora of choices to to make their mouths salivate. Fresh seafood is plentiful and most dishes are centered around this bounty of the sea.

Onomichi Yaki can be found in many small restaurants all over Onomichi City. Large amounts of noodles and cabbage are cooked on counter grills with special topping such as Sunauzri (chicken gizzard) and fried octopus, then covered in a special sauce. Debera (flat fish) are washed in salt water then dried in the cold winter wind. It’s deep fried and enjoyed with sake during the coldest time of the year. The warm weather in Hiroshima and Ehime prefectures are perfect for growing citrus and other fruit. Fresh oranges, lemons, figs and persimmons make a refreshing dessert after a large meal. These and other regional specialties can be found at the numerous cafes, restaurants and BBQ’s that line the Shimanami Kaido. 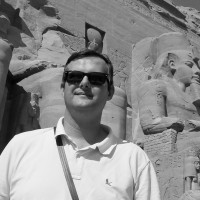 About the Author Nathan DePetris

Nathan DePetris is owner and COO of Pride Travel, catering to gay and lesbian clientele, and is an IGLTA Ambassador to the USA. He’s sailed on over four dozen cruises, traveled to almost 40 countries and was awarded a WAVE TrendSetter for Travel Agent Sales Superstar. Tapping extensive GLBT travel knowledge DePetris founded gaytravelherald.com, an online travel magazine featuring information and colorful narratives from a gay perspective.