Nine States: A Multiude of Options

Christine Tibbetts — May 1, 2014
The 175th anniversary of the Trail of Tears opens new options and incentives to trace the Trail of Tears, the forced removal of Cherokee in 1838 and 1839 from Eastern lands to western territory. This story is not a history but rather a concept to follow those routes and connect with significant American history. Choctaw from Mississippi, Muscogee Creeks from Alabama and Georgia, Chickasaw from Tennessee, Arkansas and Illinois, and Seminoles from Florida had already resisted, but suffered removal.

Home tour? Really? The Trail of Tears?  Truly, this is not a statement of disrespect.

Many choices exist to shape a journey embracing all or some of the trail named for tears of families leaving their ancestors under duress, their communities, their honored lands and waters.

To grasp the enormity of this often-mentioned, little-understood pain-filled part of American history now 175 years old could require some miles. Plenty of people along the way understand the importance.

Sounds straightforward: follow the Trail to see some history. Figuring out which way and how to do so is another story altogether. Nine states are involved.

Drive it and you’ve launched an 870-mile journey connecting North Georgia to Oklahoma.  Distinctive brown road markers confirm you’re on the Auto Route and sometimes near the Original Route.

Paddle the Trail of Tears and you’ll hardly find any signs at all but that might be changing.

Walk it to connect more deeply because your shoes and theirs will have trod some same places. Shoes are a key concept, as is visiting homes of the Cherokee who were forced west.

We are wrong if we think only of moccasins and tents that fold, people with little to leave behind. These included people who were living in fine two-story homes, wealthy community leaders, and established citizens.  Some homes you can go in, some you can only drive by.

The best keeper of those details is the Trail of Tears Association in each state: Alabama, Arizona, Georgia, Illinois, Kentucky, Missouri, North Carolina, Oklahoma and Tennessee. Study the graphically pleasing map in the National Park Service brochure and web site, then drill down with the state associations. Discovering the stories behind each route: Northern, Taylor, Bell, multiple water, and others, might help decide which to follow first.

The Cherokee Native American Guide produced by the Southeast Tennessee Tourism Association is a fine place to do so.

Or paddle your canoe.

That’s what Dale Sanders did. Three months, by himself, from Ross’s Landing near Chattanooga ending at Ft. Gibson, Oklahoma, 1,380 miles later. Of course, he already paddled the Amazon River and he doesn’t recommend the Mississippi for a novice. Some water routes he does recommend for the rest of us, and he’s suggesting places the National Park Service and Trail of Tears Association might put signs noting important junctures.

“All the tribes were on the water at some point,” Sanders told me, “and the Seminoles traveled exclusively that route.” Sanders shares suggestions on his Facebook site, Trail of Tears Water Route Expedition. He’s also completing a book with more than words and photographs. Look for a code at the end of each chapter that’ll take you to a website with a link to a three-minute video about the Trail of Tears water route experiences.

“Historic and cultural and connected to indigenous people” – that’s how Sanders considers the Trail of Tears, important history and people he wants to understand more fully.

Who follows the Trail of Tears?

Lifelong Canadian Ruth Demeter chose the auto route, starting in Rome, Georgia, heading for Tahlequah, Oklahoma not long after becoming a U.S. citizen in 2012. “My sense is people care deeply,” she says after the journey. “My desire is to understand world history in a way that we can be sure we do not let anything like this ever happen again.”

Demeter traveled with intention, seeking deep experiences and says she found them. “Be ready for emotional connections when going to where history happened,” she advises.

It is possible, I’ve learned, to discover those deep Trail of Tears emotions if you pay attention to the signs along the way. It helps to have the directional glossary ahead of time. The National Park Service provides five way-finding signs. The official Trail of Tears logo on each was designed by Cherokee Gary Allen, artist and schoolteacher in Oklahoma. Listen to his story and his passion and then the signs impart meaning.  “I grew up Cherokee. I felt honored to be chosen by the National Park Service for the logo to be placed on the three original routes,” Allen says.

“In the Briggs community where I grew up seven miles east of Tahlequah, were many Cherokee who spoke their own language. “In my home my mother and grandmother spoke only Cherokee between them.”

Allen suggests the major importance of the Trail of Tears is the continued culture of the Cherokee people, and the other tribes forced to leave their lands in the east. “Cherokee continue to be a progressive culture, nation or government,” Allen notes. “There is also a surge of Cherokee art, and artisans who carry on their culture through practice and research into the past.”

How to find your way

Original Route brings tears to sentimental me. I saw one of those official signs in Cave Spring, Georgia where a two-story 1810 Cherokee structure was discovered recently, long hidden with a building covering it up from all sides.

Auto Route signs are the kind Demeter followed between Georgia and Oklahoma—means you’re in the general vicinity.

Local Tour Route signs were influenced by the state Trail of Tears Associations who will help scout them out.

Crossing can stir emotions for me, considering I’m in a spot where the historic crosses the convenient.

Not easy to qualify, but meaningful to travelers are the places with Trail of Tears Historic Site signs. The Chieftains Museum in Rome, Georgia has earned that designation.

Major Ridge and his wife, Sehoyah, lived here in a fine home. Historians say he led a minority faction signing the Treaty of New Echota in 1835, relinquishing Cherokee claims to land east of the Mississippi River.

New Echota, also an official historic Trail of Tears site in Georgia, was the capital of the Cherokee Nation from 1825 to 1838 and where you can tour a dozen original and reconstructed homes, businesses and farm buildings.

Muse about the people living here and ponder America’s history. New Echota is the site of the first Indian language newspaper office and one of the earliest experiments in national government by an Indian tribe.

If you prefer to imagine you’re walking where Cherokee walked, you can follow the one-mile trail to a small beaver pond. Here’s who you’re likely to encounter when you go.  “Visitors are going to significant developed parks all along the Trail of Tears,” says New Echota Site Manager David Gomez. “They’re seeking undeveloped but significant Cherokee sites, too. Some are personal journeys, with family ties to the land and the location.”

I’d so like to meet people along the Trail, hearing the accounts passed down through their families.

“They come,” Gomez says,” hoping we may have records for their genealogy research, or they’ve come to the decision they may not be able to trace family ties but have developed very strong feelings of affection and admiration about the Cherokee people, history and culture.”

Winter was harsh when the Ohio River froze and hundreds sought refuge under this rock. Photo courtesy Dale Sanders.

The Trail of Tears. Photo by Christine Tibbetts.

Who else shows up at historic sites along the Trail?

“Some are traveling because of the general Cherokee history significance,” Gomez observes. “Geographic location always adds to the strength of the experience greatly when compared to just reading about history.” This is a national historic trail and that’s a formal title. There are 19 others spanning 33,002 miles crossing 47 states.
They are different from scenic byways, heritage corridors and wild and scenic river designations.

For the descendants of those forced to relinquish their homes, valleys, mountains, streams and lands for unknown western destinations, this becomes a family history journey — maybe not yours or mine, but most definitely one to be honored in a nation that talks a lot about family values.

I met the great-great-great grandson of Cherokee who lived well-established lives in Georgia until 1838. I telephoned him in Oklahoma. “Following the Trail gives a tactile link chronologically to places of history,” Jay Hannah says. “Those of us fortunate enough to be Native American, can stand in our past; we can be in the places where our family lived 1,000 years ago.”

Hannah cares passionately about cultural continuity and he points to the renaissance of language as one measure, including language immersion school in Tahlequah. “The syllabary developed by Sequoya in use today uses 84 or 85 characters recorded in 1820.” Hannah’s conversation intersperses Cherokee sentences with English, as you might expect from a dual-nation citizen.

I told him I wished I could watch him visiting the printing office of the Phoenix in New Echota, the first Indian language newspaper produced in America. This too was dual language—Cherokee and English.

I also wished I could have seen his shoes, too. This banker of 31 years and weekend musician with such a solid ancestry and vibrant sense of history brought me to a thoughtful new place when he said, “How very white of you.” By that point in our conversation and my research, I should have known many Cherokee on the Trail of Tears were dressed like the prosperous people of business they were.

Travel teaches, and I doubt I’ll sing “Home Sweet Home” the same way ever again now that I know poet John Howard Payne — who wrote “be it ever so humble, there’s no place like home” — was a guest in 1822 at the home of Cherokee Chief John Ross, which was a substantial farm with 200 fruit trees.

Visit there in Cleveland, Tennessee, and spend some time at Red Clay State Historic Park, another certified Trail of Tears site. Shouldn’t we muse about the forced removal of Ross and his family from their home sweet home? Red Clay was the seat of the Cherokee government and 11 general councils happened here, with up to 5,000 people. This was an organized society.

Check out Blue Hole Spring which arises from beneath a limestone ledge to form a deep pool – and know as you do the Cherokee drew water right there for council meetings. Keep up with the special events calendar here too as a way to connect with the descendants of those forced west, and to embrace their culture. Options offer depth of experience, and Trail of Tears choices abound with possibility.

Drilling down the travel details

Link through the National Trail of Tears website for the most up-to-date connections in Illinois, Kentucky, Missouri, North Carolina and Oklahoma. 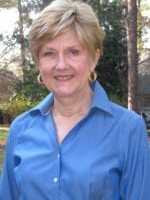 About the Author Christine Tibbetts

Forty plus years of public relations and marketing for the arts, education, travel and tourism, political candidates, and community development. Travel destination writing since 2002, focusing on people and the places where they live.. Classically trained reporter - School of Journalism University of Missouri. New Jersey native, living in Georgia. Blended family marriage with six children and a dozen + grands.
Website