I got a phone call in the middle of the night from a scuba diving buddy saying, “Manta Ray Dive Resort is hosting MantaFest on Yap next week, grab your camera, dive gear and be there, no excuses,” and then hung up. “MantaFest, Yap, why would I not want to join the fun, take photos, and scuba dive with the manta rays?” I said out loud.

I immediately pictured the beautiful island archipelago, envisioned the graceful mantas silently gliding in the clear water of the lagoons and the unique island culture of the Yapese. Mentally, I was already on my way.

I lived on the island of Guam for five years and have been to Yap several times. My mainland friends thought I was joking when I told them where I was going. Not many people have heard of Yap, but it is one of the most unique islands in Micronesia.

Yap is best known, especially among the scuba divers, for manta rays. The island leads the world in manta ray conservation. Laws protecting the manta ray habitat include all the islands, atolls and islets that make up the archipelago.

The islands of Yap have some of the healthiest reefs in Micronesia. Diving with giant manta rays brings people to Yap from around the world. The mantas come into the lagoons daily to feed and to have tiny parasites cleaned from their skin by small fish at cleaning stations. Whether diving or snorkeling, schools of reef fish, turtles, sharks, and eagle rays can be seen on the outer reefs and drop-offs.

Yap is halfway around the world, and you feel it when your plane lands. Arrival is in the wee small hours of the morning. After checking in to the beautiful Manta Ray Bay Dive Resort and shown to your room, your bed is a welcome sight.

MantaFest is a 14-day adventure, but several packages are offered if you cannot stay for the entire festival. I signed up for the whole festival, the best deal for the time and money it takes to get to Yap.

The dive package included two-tanks, with options for a 3rd dive and nitrox. Dive locations are determined by the dive guides and the tides, so the entire group of participants do not end up on the same site at the same time. Diving begins every morning at 8:00 a.m.

Professional underwater photographers offered courses on various aspects of underwater photography that we all struggle to understand and become proficient in. The seminars covered everything from drones to strobes, to wide-angle, to video. Private instruction was also offered.

With a generous list of prizes for the ‘special’ winning photograph everyone started the day with a lot of excitement. In the evening, media presentations of the day’s highlights were shown on a big screen aboard the Mnuw, a converted Phinisi schooner from Indonesia that serves as the restaurant and bar for the hotel.

The cultural island tours and photo-ops were the highlights of the afternoon. The photo-op sessions included two models in traditional dress. The models patiently allowed us to shoot hundreds of photographs while we worked to find the perfect shot. We visited a traditional men’s house, stone money banks, and beautiful private beaches. There are also several WWII sites to visit on request.

Yap is an eco-tourists dream. The Yapese culture is based on sustainable stewardship of the land and sea. Yap has been able to skillfully preserve its culture by mixing traditional life values with the demands of a modern life. Everyone learns traditional crafts, oral history, foods, clothing, construction, gender-based skills, and dances.

Dances are hundreds of years old and tell stories of events that happened before colonization. Village tours are a “not to miss activity.” Note, when touring a village, not all villagers have adopted a Western lifestyle.

The most distinctive feature of Yap is stone money. Stone money (Rai or Fei) is the traditional currency of the island. The value of the stone money is determined by its age, size, beauty, and the hazards, including deaths, in bringing the stones to the island. Hundreds of these massive stone discs are located in the ‘stone money banks’ in the villages.

Because Yap has no solid rock, most of the stone money was quarried in Palau, an island more than 400 km (250 miles) away. The stones were brought to the island on bamboo rafts until Captain David O’Keefe washed up on Yap in 1871.

O’Keefe (the movie His Majesty O’Keefe chronicles this time) was a copra trader. He could not convince the Yapese to harvest the coconut until he discovered he could get the copra, in-trade for bringing the stone money to Yap on his ship.

The U.S. dollar is used today, but stone money remains vital to the customs of the Yapese. The money is individually owned and it still serves for important social transactions.

Yap is also the home of the Yap Traditional Navigation Society. The purpose of the society is to preserve the art and practice of traditional navigation. The navigation system is a non-instrument method of open-ocean navigation relying on clues using the sun, stars, wind, clouds, seas, swells, birds, and fish. These skills, imparted orally, are learned by rote memorization. In 1976, the sailing of Hokule from Tahiti to Hawaii using traditional navigation demonstrated the hypothesis of intentional two-way voyaging throughout Oceania.

On the last night of MantaFest we all were treated to a photo show of all the winners and runners-ups. The Grand Prize was a trip on the luxurious Damai liveaboard, home based in Indonesia. Best in Class prizes were won in the Compact, DSLR and Video submissions as well a 1st, 2nd and 3rd place prizes. I report, I did not win any prizes. I missed most of the diving due to a head cold. Happens sometimes!

If you dream of warm waters, gentle breezes, giant manta rays, stone money, unique island culture and learning more about underwater photography while diving with the mantas, make a decision to join the fun and festivities of MantaFest 2023.

MantaFest Photography School and Contest 2023 will be held August 26 through Sept 9. For more information, go to www.MantaFest.com.

Cultural courtesies: Women should cover their thighs when in public areas. Shorts or skirts down to the knee, sarongs, jeans, or slacks are acceptable. Men should not wear short-shorts. Bathing suits should be worn only at the poolside or on a boat. You must ask permission before entering private property or taking photographs of people.

It’s always fun to learn a few words of the local language: Greetings: Mogethin, and Thank you: Kammagar. Getting there: Yap is not difficult to reach from anywhere in the world. United Airlines serves Yap twice a week from Guam.

Next post The Hudson River Valley, Starting with Saugerties 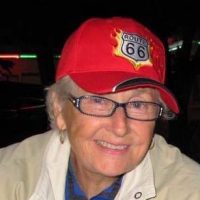 About the Author Bonnie McKenna