Visiting the Marquesas on the Aranui 5

When most people think of visiting French Polynesia, the first places that come to mind are Tahiti, Moorea and Bora Bora and in fact that is where the great majority of tourists go. However, French Polynesia is a vast territory equal in size to the United States west of the Mississippi yet with a smaller total landmass than Rhode Island. There are five major archipelagos comprising over 130 islands of which the most remote are the Marquesas Islands almost 900 miles from Tahiti and over 3,000 miles from the nearest continental land mass, Mexico. There are just over 9,000 people spread over fifteen islands in the Marquesas and with absolutely no facilities for tourists, they see very few foreign visitors in any given year.

I was fortunate enough to be part of the first English speaking group to visit the Marquesas in over two years on a trip organized by Canadian tour company Adventures Abroad. We did it aboard the Aranui 5, a custom-built passenger/freighter launched in 2015 that serves as the lifeline to the outside world for the Marquesas islanders. For the passengers on this 12-day trip, it provides a fascinating look into a way of life that is almost incomprehensible to most westerners.

The Aranui 5 usually departs Papeete, Tahiti twice a month for the Marquesas throughout the year, but due to Covid, passengers were only permitted to come aboard starting in April of this year, after a two-year hiatus. The ship will hold up to 230 passengers, but on our voyage, there were only about 160 of whom most were French, with about 30 English speakers and 20 or so Germans. Each of the three languages has their own guides for the onshore excursions.

Our group was all booked into Premium Suites, which were very large with a balcony that, unlike those on huge cruise ships, was only about thirty feet above the water line. One of the great pleasures of the trip was sitting on the balcony watching the flying fish put to flight by the passing wake. Being a French ship, the meals aboard were exceptional, and wine was included for lunch and dinner. Other than the captain, who was French, the entire crew of the Aranui 5 is French Polynesian, with many hailing from the Marquesas.

All told the cruise made stops in eight different islands, six in the Marquesas and two in the Tuamotu Archipelago. On most stops the ship would moor in the island harbor and the passengers would be taken ashore in a barge. At the same time the crew would be unloading freight onto other barges and after that was done, loading copra or other local produce from the islands. It was a fascinating process to watch as everything from containers, oil drums, a new car and even a horse were winched onto the barges and taken ashore in an incredibly efficient manner.

On a couple of the islands the ship was able to tie directly up to a pier. On the island of Ua Pou, children from five to fifteen used the ship’s mooring ropes as a tightrope which they walked as far as they could before falling into the water below while laughing all the time. Even the youngest ones could swim like an Olympian.

Whether we came ashore by barge or landed directly from the ship, one thing was consistent on every island we visited. There was always a welcoming party waiting with leis, playing music, and singing or in one case blowing a huge horn. The return of tourists to the Marquesas was a big deal for both the locals and for us.

While it is impossible to describe all the highlights of this journey in so few words, I will give a brief description of each of the islands visited by the Araniu 5.

The Tuamotu archipelago is a day’s sail from Tahiti and the first and last stops were on islands in this chain of true atolls. Geologically atolls are very old, being the remnants of volcanic islands that have literally eroded away to nothing but a circular bit of land surrounding a shallow lagoon. Our first stop was on the tiny atoll of Kauehi, which has only 257 residents, most of whom were out to greet us. Our day here was spent exploring the small community of Tearavero and swimming in the lagoon.

From the Tuamotus it was a full day and night at sea before arriving at Nuku Hiva the largest of the Marquesas Islands and the administrative center of the archipelago. It rises precipitously out of the sea with jagged peaks that are simply amazing. Every island on the Marquesas has a Catholic church and they are all worth visiting just to observe the beautiful carved wooden pulpits and Polynesian representations of Mary and other biblical figures. Notre Dame cathedral in the main town of Taiohae is exceptional. We then boarded 4X4s and transited Taipivai Valley, where Herman Melville was held captive by cannibals for weeks, until escaping and turning his adventure into his first bestseller, Typee. Arriving at the archaeological site of Tohua Kamuihei we were treated to a traditional Marquesan dance ceremony beneath a huge banyan tree once used as a place of human sacrifice.

Next up was Ua Pou, which has peaks that rise over 4,000 feet from the ocean, and where we had the chance to hike up to a vantage point and look down at the Aranui 5 anchored far below. This island is known for its beautiful flower stones that are only found here and in Brazil. The islanders make very good sculptures from them that are quite reasonably priced.

The fourth stop was Ua Huka, which is entered via a narrow fjord wherein the ship is turned completely around with barely a few feet of clearance on either side. Here we enjoyed a spectacular drive to the village of Hokatu where the specialty was high quality woodcarvings. We returned to the ship via a hike from the Arboretum, which gave us a chance to experience the Marquesan countryside.

The island of Hiva Oa is the lushest of the Marquesas with a volcano rising almost 4,000 feet. Here most of our group opted to take a fairly steep hike up to a cemetery where Paul Gauguin and Jacques Brel are buried. From here we made our way to the village of Atuona to visit the Gauguin Museum and the house where the great painter ended his days. The ship then rounded the island to the village of Puamau where we visited the archaeological site of Te I’Ipona which has an exceptional collection of tikis.

On the small island of Tahuata bone carvings were the handicraft specialty.

The last island in the Marquesas was Fatu Hiva where we had stops at the villages of Omoa and Hanavave, the latter of which has a location as stunningly beautiful as any I have ever seen. The intrepid were offered the chance to hike the ten miles between the two villages.

After another day at sea, we arrived at Rangiroa, the third largest atoll in the world. Once again swimming and snorkeling were on the agenda in the crystal-clear waters as was a visit to a black pearl farm. After a final night at sea the Aranui 5 docked at Papeete and our voyage to the Marquesas was now a memory to be cherished for a lifetime.

Next post YAP - The Land of Manta Rays, Stone Money, and Gentle People 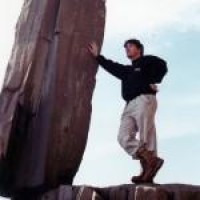 About the Author Dale Dunlop