Cruising the Volga with Love

The view from the windows of the world’s longest over-the-sea cable car was magnificent.

From our ephemeral perch, more than 500 feet above the Gulf of Thailand, Phong Lan and I looked down upon the fishing village of An Thó’i at the southern tip of Vietnam’s Phu Quoc Island. Hundreds of commercial vessels, their red decks sharply contrasting with the turquoise and aquamarine of the water, crowded close to a rocky shoreline where coconut palms and mango trees drooped over modern villas. Soon we soared above heavily wooded isles reachable only by sea, the tin roofs of their traditional homes sloping toward golden beaches and more boats moored in a crescent-shaped harbor.

My friend Lan and I were enjoying a getaway to tiny Hon Thom Isle. The 30-passenger aerial tram — which hop-skips two smaller keys in a five-mile, 15-minute journey — was opened in February 2018. It delivered us to lovely Bai Trao Beach, where graceful palms swayed above hammocks on a sandy strip framed by coral outcrops, just beyond earshot of the rides and slides of family-friendly Aquatopia Water Park.

It was a beautiful day in autumn, but it could have been any month between October and March when Vietnam’s seasonal rains surrender their thunder to blue skies. Temperatures in these sultry climes rarely rise above 90 degrees Fahrenheit or fall below 75.

When travelers set their sights on tropical islands, they don’t often think of Vietnam. Phu Quoc Island is, indeed, one of the gems of this Southeast Asian country. Despite an onslaught of luxury hotel and theme park development at both the south and north ends of the island, Phu Quoc (pronounced fook woke) retains a laid-back ambiance across most of its 31-mile length.

Geographically, Phu Quoc is often lumped with the Mekong Delta provinces of southernmost Vietnam. But it’s well beyond the Mekong — so far west, in fact, that it’s closer to Cambodia than to the nearest Vietnamese port. (Most visitors arrive at the international airport, in the center of the island.) As broad as 16 miles in the north, tapering to a mere 2 miles in the south, Phu Quoc is home to only about 180,000 permanent residents. Tourism, of course, magnifies that number.

Nearly half of the people live in Duong Dong, the only town of size. Midway down the west coast, facing the Gulf of Thailand, it’s a lively community with many two and three-star resort hotels, bustling day and night markets, and some outstanding seafood restaurants. Bún quậy is a local specialty food, a shrimp-and-noodle soup most famously enjoyed at Kiên-Xây, beside the harbor. Nearby, atop convoluted Dinh Cau Rock, a small Buddhist temple doubles as a lighthouse; devotees pray to Thien Hau, the goddess of the sea. If you concentrate, your nose might detect Vietnam’s most famous fish sauce (nu’oc maam) factory.

Extending south more than 12 miles from Duong Dong is Long Beach, known locally as Bai Tru’ong. Hotels, many still under construction, are widely spaced along the golden sands. A highlight is the Ngoc Hien Pearl Farm. Visitors may explore a museum and watch as technicians surgically remove cultivated pearls from oysters. Then they are ushered into an expansive store with all manner of pearl jewelry in colors that range from “pearly white” to black, pink, and golden yellow.

The modern Ho Quoc Pagoda, a Zen monastery on the east side of the island, is the largest Buddhist temple on Phu Quoc. Its original ỉronwood architecture and stone carvings — including a dragon built into a staircase and a large marble Buddha — are at once classical and contemporary. Playful wind chimes make the bell tower a wonderful place for serene meditation, especially when seated facing the sea with one’s back to the mountain.

Tourism promoters make a strong case for Bai Sao (Starfish Bay), the nearest beach to the temple, as Phu Quoc’s most beautiful because of its fine white sand and clear blue water. At slack tides on calm evenings here, thousands of starfish move from deeper water toward shore under the protective cloak of dusk. Resort properties along Bai Sao are mostly moderately priced. A short distance further south, Bai Khem (Ice Cream Beach) has become a luxury destination. At resorts like the J.W. Marriott and Kem Premiere, casitas flow across the isthmus of an adjacent peninsula.

Ong Lan’s brand of luxury is represented by the Mango Bay Resort, its 44 bungalows concealed in a frangipani-scented forest that slopes gently to the beach. The design reflects the architects’ commitment to conservation and environmental sustainability. Solar panels provide much of the energy. There is no air-conditioning, no television and no wifi in the rooms. Off-site parking assures traffic-free relaxation. Two restaurants serve international specialties and cocktails.

More than half of northern Phu Quoc Island was sheltered from 21st-century blemishes when 130-square-mile Phu Quoc National Park has proclaimed a UNESCO Biosphere Reserve in 2010. Its mountainous spine, cloaked with broadleaf and evergreen forest, is home to unique flora and such rarely seen wildlife as long-tailed macaques, silver langurs, slow lories, and hornbills.

But all is not pristine, as evidenced by the VinPearl company’s massive real-estate development project. At its heart is the VinWonders amusement park, covering more than 120 acres. The park could be a Disney clone with its castle-like European façade, more than 100 rides and attractions, a walk-through aquarium, roller coasters, restaurants, and an amphitheater for live shows. Nearby, the VinPearl Safari Park exhibits more than 2,000 wild animals of 130 species, along with 400 types of indigenous plants.

Lan Phong and I preferred to pause for refreshing shells of natural coconut water at Ganh Dau, the fishing village at the head of Phu Quoc Island. From here, we could look beyond a small fleet of brightly painted fishing vessels to the border isles of neighboring Cambodia, so near yet so far.

In these times of the COVID-19 virus, international crossings are tightly guarded. Although Vietnam is rated only moderate risk by the World Health Organization, the nation currently mandates a 14-day quarantine period for anyone arriving in the country, and masks are required almost everywhere. Vietnam’s travel industry looks forward to a return to unrestricted movement in the near future.

Next post Fall color in the Midwest: The Big Reveal 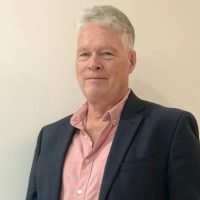