When planning our trip to the Galapagos Archipelago, a year-round destination, Ira and I chose to visit during the garoa (dry season) which runs from July to December. Unlike many Northern Hemisphere’s destinations that are inundated with cooler temperatures, overcast skies, and a multitude of rainy autumn days, the Southern Hemisphere’s Galapagos Islands are known for sunny days with bright blue skies and moderate temperatures ranging from 76-80 degrees Fahrenheit and water temperatures between 62-72 degrees Fahrenheit.

By timing our visit at the end of the fall season, right before the Christmas break, we encountered less crowds and were able to see an abundance of sea turtles, sea lion pups, albatrosses, and blue-footed boobies. Had we visited during a different month, what we experienced may have been completely different.

Since it was unlikely that we would be returning to this region again, we spent a considerable amount of time researching our tour options. After narrowing our choices to a few luxury brands, we selected Celebrity Cruises, a familiar brand that has yet to disappoint us. Our 15-night, all-inclusive trip included two nights in Quito, Ecuador, a seven-night Celebrity Xpedition Outer Loop Galapagos Island itinerary, and six nights in Peru with guided tours to the Sacred Valley, Cuzco, and Machu Picchu. The onsite tour operators in Ecuador and Peru handled all of our transfers and the land tours while the Celebrity Cruises team addressed our needs aboard the Xpedition.

After enjoying two nights in Quito, we flew to Baltra Island where we were greeted by Celebrity’s Xpedition representatives. We climbed into a zodiac parked near the adjacent dock. Within no time, we boarded the award-winning Xpedition and were greeted with flutes of bubbly champagne.

Each evening, we attended the certified naturalists’ video presentation offering an overview of the next day’s island experience. To accommodate the passengers’ diverse interests and participation levels, we were given choices for both the morning and afternoon excursions. These land and snorkeling trips were limited to a select number of people that were regulated by the local authorities. On a few occasions, we could choose a snorkeling option. Some of the wildlife was encountered on multiple days. Each island had particular characteristics and unique terrains.

Our days were saturated with energizing and uplifting experiences. Unlike other places in the world where wildlife sightings are based on patience and luck, we were able to see just about every single species that was described during the evening video presentations. Not only were we able to enjoy a plethora of animals, but most of these land and marine encounters were within a few feet of us. The amazing wildlife was comfortable around human visitors. Some appeared poised for photo opportunities while others were oblivious to our presence.

Our introduction to the Galapagos Islands’ wildlife occurred on the salt and pepper-colored beaches of Española Island. As we disembarked from our zodiac, we were greeted by a colony of sea lions, sunbathing marine iguanas, slow-moving Sally Lightfoot crabs, curious mockingbirds, and swooping pelicans.

We had to watch where we stepped. Colorful lava lizards frequently scurried across the path as our guide identified flora and fauna. Some animals were easier to see than others.  At first, I couldn’t locate a juvenile Galapagos hawk that was seated on an oversized rock.

Before heading back to the Xpedition, we retrieved our wetsuits and snorkeling gear from the beach and then waded into the water. At Turtle Rock, we observed schools of surgeonfish and king angelfish. As we waded back to the shore, we came across a stingray on the sandy ocean floor.

After lunch, we visited a different part of the island where we were awed by a seaside blowhole. The surrounding dark gray rocks were filled with bright red Sally Lightfoot crabs. Red and green iguanas along with sea lions were sunning themselves on the nearby beach. We were introduced to blue-footed boobies, Nazca boobies, and waved albatrosses.

In a volcanic boulder field, we learned about the waved albatross’s mating ritual. Their heads bobbed from side to side as a couple strutted toward one another. Their yellow beaks performed a mating ritual as their beaks came together and produced a unique sound. These birds were renewing or revitalizing their relationship before they left the island. From April to December, this albatross community resides in the Galapagos Islands.

Only a few hundred flamingos reside on this island. We were delighted when we found a group standing near a brackish lagoon.

Our luck continued when we reached a secluded beach. We came across a handful of Pacific Sea turtles who were first spotted a few yards away in the water. Most of the time we could only see their large shells. These turtles usually do not reveal themselves in daylight.

At the end of our tour, our guide pointed to a Blue-footed Boobie watching over her baby. From our vantage point, the baby looked like a pile of feathers.

Our zodiac bounced through the rough waters on the way to Champion Island. Slightly offshore, we jumped into the water with fluctuating temperatures and strong currents. The clarity of the water was disappointing. It was challenging to identify the smaller fish, but we did view two different types of starfish and Ira spotted a white-tipped shark.

This zodiac excursion focused on the marine life living on the rocky shoreline of Post Office Bay. At this location, we saw more crabs, red and green iguanas, and sea lions playing with their offspring. The zodiac driver had to be careful. The water was filled with a few sea turtles that resembled pieces of driftwood.

We needed to be mindful as we navigated through an uneven lava terrain with depressed areas filled with water. In between the irregular surfaces, lava cactus and candelabra cactus appeared. Tiny lizards, crabs, iguanas, and an occasional penguin inhabited this terrain. Near a pond surrounded by mangrove shrubs, Galapagos carpetweed, and succulent plants with white and yellow flowers, we watched graceful flamingoes.

The first part of our hike was on a dirt path surrounded by a variety of short trees and plants including the Galapagos Cotton bushes with blooming yellow flowers. Instead of seeing an abundance of marine iguanas, we saw a small number of territorial, orange-colored land iguanas who had dug holes near our trail.

Carefully, we made our way around the slow-moving, land-dwelling tortoises who could be easily frightened. These mega creatures had limited vision but would retract their head and legs whenever they sensed anything nearby.

Gray was the predominant color theme. On a rocky shoreline, marine iguanas, sea lions, and flightless cormorants enjoyed their pristine coastal neighborhood. We especially enjoyed the sea lions who gracefully played with one another.

To date, our best snorkeling experience occurred at his location. Within minutes of entering the deep water, sea lions and possibly Galapagos fur seals approached us. My heart pounded when a massive Pacific green sea turtle came uncomfortably close. I was thrilled when penguins sped by us. Throughout this amazing experience, schools of fish surrounded us.

From the zodiac, we gazed at rare Galapagos fur seals, sea turtles, and golden eagle ray fish. Above the shoreline, on stone ledges, we captured images of several types of birds—Blue-footed Boobies, Noddy Terns, flightless cormorants, and a hawk. Near the water’s edge, penguins waddled, crabs crawled, and marine iguanas congregated in groups. It was incredible to see so much wildlife in one location.

Sesuvium plants formed a crimson, orange, yellow, and green carpet which reminded everyone of autumn in the Northern Hemisphere’s deciduous forests. Small groves of prickly pear cactus trees added an additional layer of intrigue to this fascinating terrain.

This is the only place in the world where you can find hybrid iguanas, the sterile offspring of marine and land iguanas. This rare species has long yellowish-white stripes on their neck and use their claws to climb the cactus trees. Luckily, we were able to see two of these rare iguanas from a distance.

Our videos and photos captured an iguana nibbling on a cactus leaf while sea lions also vied for our attention.

On an unprotected sundrenched path, we walked uphill to a scenic overlook where we could gaze at adjacent islands. During our trek, we saw Galapagos land iguanas, finches, mockingbirds, and yellow warblers.

Since 1959, the Charles Darwin Foundation for the Galapagos Islands has been working with the Ecuadorean government to ensure the conservation of the Galapagos Archipelago. While touring the facility and the museum, we were provided an overview of their efforts.

Almost three years after our autumn Galapagos Islands adventure, my memories of our extraordinary Southern Hemisphere experience remain vivid. Looking back through our images, I am happy that we didn’t wait any longer to take this active voyage. A significant number of our fellow cruise passengers were not able to participate in the deep-sea snorkeling excursions or the more demanding hikes. Few destinations offer the opportunity to see so many threatened or rare species living in their natural habitat. If you are fascinated by animals and enjoy the outdoors, don’t wait too long before you book a Galapagos Islands cruise. 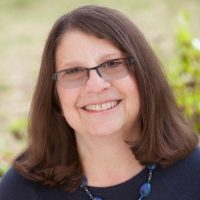 About the Author Sandy Bornstein