Interstate 77 (I-77) is one of the country’s north-south arteries that in “old normal times” provides an unbroken stretch of macadam for snowbirds heading south from Michigan, Ohio, Pennsylvania, and Western New York. But for those whose idea of a good trip includes the journey, it’s a gateway to its own sensational attractions. From historic Marietta, Ohio, to island travel from Parkersburg to discover one of America’s weirdest chapters and compelling views of West Virginia’s lush mountains, there are so many places to explore, travelers may want to shorten their stay at the beach in favor of taking a longer road trip through Southern Ohio and West Virginia.

After a few hours’ drive south on I-77, Marietta, Ohio, is an ideal stop on the banks of the Ohio River. Anyone who’s read historian David McCullough’s The Pioneers, knows Marietta was the first settlement in what was once called the Northwest Territory. Settled by Revolutionary War veterans, this charming town has outsized attractions such as Campus Martius, an interesting museum in the town’s original stockade, and the Castle, a well-preserved Gothic Revival mansion that was home to Marietta’s most prominent citizens. Locals know: Have breakfast or brunch at the Busy Bee for made-from-scratch locally sourced fare.

One of the first exits in northern W. VA. near Parkersburg beckons visitors to Blennerhassett Island Historical State Park. This is a must-stop for history buffs, architecture aficionados or families who want to ride a sternwheeler or picnic on a lovely island. Named for Harman Blennerhassett, an Anglo-Irish aristocrat who settled there in the late 1790s, the Island boasts a Palladian-style mansion. After Aaron Burr killed Alexander Hamilton, he befriended the Blennerhassetts. In 1806 Harman became ensnared in a military adventure on the Island where, historians believe, Burr was raising an army to invade northern Mexico (present-day Texas.) Jefferson accused them of treason and ordered them arrested. Harman was captured and thrown into prison. Burr was tried and acquitted. Harman was eventually released, but both men were ruined. Today’s visitors may tour the mansion; plus, there’s a refreshment stand, horse-drawn wagon rides, a gift shop, picnic shelters and bicycle rentals. Locals know: Stay or dine at Parkersburg’s elegant Blennerhassett Hotel.

Pack a jacket for exploring the Beckley Exhibition Coal Mine. It offers a glimpse into a culture where coal mining was a way of life for generations. The complex includes the Rahall Company Store, visitor center, coal museum, a fudge-making operation and gift shop. Visitors may descend 1,500 feet into the mine’s former working areas and learn about mining from the days of hand-loading to modern extraction methods. They might imagine what Homer Hickam’s childhood (the NASA engineer who was the subject of the movie “October Sky”) was like as they stroll through the coal company superintendent’s house, the church and school. These authentically restored structures provide an accurate depiction of coal camp life. Locals know: Nearby New River Park campground has a pool, hiking trails and other recreational amenities.

If you appreciate arts & crafts, peel off at exit 45 for TAMARACK: The Best of West Virginia. This cultural center is a circular structure near Beckley offering retail space, an art gallery, dining, a performance venue, and conference facilities. It showcases W. VA.’s finest arts & crafts, culinary and cultural heritage under one roof. Visitors may browse through juried works of art; shop for handmade pottery, quilts, and dulcimers; attend musical performances or dine on regional cuisine. Check out Tamarack’s bookstore featuring W. VA. authors, including Homer Hickam and Pearl S. Buck, author of the classic, The Good Earth. Locals know: For a leisurely meal, dine at the Taste of W. Va. Food Court. Its chefs are trained at the famed Greenbrier Resort.

Step back into W. VA.’s gilded age near Bluefield and drive to Bramwell.  Once known as one of America’s wealthiest small towns, it claimed more than a dozen millionaires. Its beautiful mansions remain well-preserved. Owners of the Pocahontas Coalfield built these architectural gems in the 19th and early 20th centuries. Settled in 1885, Bramwell flourished with coal production; had a bustling train station and enjoyed a glittering social scene until the Bank of Bramwell closed in the Great Depression.

Locals know: Visit during Bramwell’s semi-annual tour of Millionaire Row to see the interiors of these grand abodes.

These highlights will only take road trippers as far as the Virginia border, but it’s a start to discovering Interstate 77’s sensational northern section. 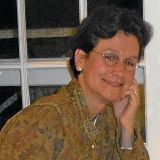 About the Author Sarah Jaquay

Based in Cleveland, Sarah Jaquay has been freelancing for 15 years. She writes frequently about food, fermented beverages, culture and history. An avid baseball fan, Sarah visits Arizona often now that her beloved Cleveland Indians rejoined the Cactus League. Sarah believes history is what makes every place distinctive and weaves it into every story to make destinations memorable. She's a member of the Midwest Travel Writers Association (MTWA) and the Society of American Travel Writers (SATW) and contributes to: Currents, Edge Media Network, Gothamist.com and TheWineBuzz Magazine. She has also written for: AAA Journeys Magazine, The Chicago Tribune, National Geographic Traveler, The Plain Dealer, Tasting Panel Magazine and many others. Please contact her to make your place on the map summon the inquisitive traveler.
Twitter