As I was packing hand sanitizers, facemasks, and disinfectant wipes for our first road trip in four months, I realized that this was not the first time we had traveled during the Coronavirus. We were on vacation in Costa Rica in March, when the World Health Organization declared CoVid19 a pandemic.

We booked the trip last year – seems a lifetime ago. In February we heard about a highly contagious virus originating in China. Often contradictory news changed daily; we couldn’t tell if travel was still safe. The day before our departure there were only four isolated cases reported in Arizona, and Costa Rica had none. Canceling a trip seemed like overreacting.

But I still wanted to take precautions. Disinfectant wipes; hand sanitizers, antiviral roll-ons, and medical facemasks made it into my bag.

Armed to the teeth with cleansers, we were ready to travel.

It surprised me to see no extra precautions at the airport. Security agents seemed on edge though, more impatient than usual. I understood; they were coming in contact with thousands of people, from all over the world, with not much defense against germs and viruses.

On a full flight, no one seemed to care about, or be aware of, the new virus. As we sat down, I wiped down the armrests and tables, then handed everyone a hand sanitizer. I felt people rolling their eyes, but I didn’t care. I wasn’t taking any unnecessary chances.

The immigration agent in Costa Rica asked if we had traveled through China or Italy in the past two weeks. We hadn’t, so she wished us a pleasant stay and let us through.

We left San Jose in our rented car and headed up into the mountains.

We drove on narrow roads and dangerous slopes. Stopping often, we walked through dense rainforests and hiked trails to crystal-clear springs and gorgeous waterfalls.

When we passed through towns, we stopped at grocery stores to stock up on food and drinks. If we passed a local restaurant, we ate there, but more often we relied on the provisions we bought.

Close to dinnertime each day, we looked for a hotel. A few we found had steep jungle paths starting from the premises. We hiked those before dark and in the mornings before leaving. Sometimes, we liked a place so much, we stayed for two nights.

It’s what we did at the hotel-resort we stumbled upon, about halfway through the trip, by Chirripo National Park. We were eating breakfast there on our second day, enjoying a gorgeous morning filled with birdsong and flowers, when a supply truck drove up the one-lane road. Instead of supplies, he handed the hotel manager stacks of papers and left.

“It’s about the Coronavirus”, I guessed, though I wasn’t sure. With no Internet connection and no phone signal in most of the places we visited, we hadn’t seen the news in days. But I was right. That morning, the World Health Organization declared the new virus a pandemic.

The papers were fliers that the hotel staff started putting up everywhere. They explained the virus and the dangers of spreading it and added detailed instructions about hand washing.

In the lobby, hand sanitizers appeared on the counters. In the public bathrooms, notes teaching proper hand washing sat above the sink.

From that moment on, these notes stared at us everywhere we went.

With only a few days of our vacation left, we made our way back towards San Jose. Our next hotel, by the La Paz Waterfall and Butterfly Garden, had an Internet connection. So, instead of enjoying the outdoors, I sat inside and checked the news. Costa Rica had recorded its first cases, all family members of an airport worker. The virus reportedly came from the US.

Air travel didn’t look good. And we still had yet to fly home. I joked about going back into the mountains and staying there until it was over. We could have still lived there, off the grid. Sometimes I wish we did.

But we had school and jobs to get back to. At least it still seemed that way.

The evening before our departure, we set our alarms and got ready for bed, since we had an early flight. After we turned the lights off, all our phones started buzzing. Notifications from the airline: our plane was departing at 3:30 pm instead of 6 am. No further explanation.

We tried figuring out what had happened, but with no luck. Soon we gave up, and turned off the alarms. We had no need to wake up early.

During the night, our phones buzzed a few more times, with new departure times, further delays, and again, no explanation. After a while, we ignored them. If we would be further delayed, we thought, we wouldn’t mind being stuck in Costa Rica.

Due to the crowds and chaos we experienced on our last trip, we arrived at the airport early. But the experience was far from my expectation. After a streamlined, fast check-in, we walked into an empty airport.

Since we came on a full flight, I wondered where all the people were. But I didn’t think much about it. Instead, I joined my family and explored the quiet, clean, and eerily empty terminal. Without the crowds and the usual hustle-and-bustle, I noticed the colorful, huge statues of toucans throughout.

On the plane, I sanitized everything around me, like before. This time, I noticed others doing the same. After landing in a deserted airport in Phoenix, we got through immigration and security fast.

We haven’t ventured out anywhere other than picking up groceries since. In the past four months, a trip to Costco has become an adventure. We canceled a flight to Portland that would have been our summer vacation. But we can’t stop traveling forever. So, I am packing facemasks, hand sanitizers, and disinfectant wipes for a road trip this time.

Next post San Miguel de Allende shows that the heart of Mexico Beats on! 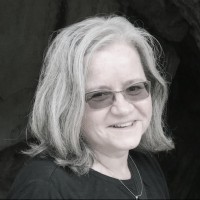 About the Author Emese Fromm