In 1771 a young chemist by the name of E. I du Pont left France and settled on the banks of the Brandywine River in Delaware where he started a gunpowder manufacturing operation. He and his descendants built both a lasting business empire and a lasting legacy of estates and gardens in the Brandywine Valley area of southeastern Pennsylvania and northern Delaware.

In 1771 a young chemist by the name of E. I du Pont left France and settled on the banks of the Brandywine River in Delaware where he started a gunpowder manufacturing operation. He and his descendants built both a lasting business empire and a lasting legacy of estates and gardens in the Brandywine Valley area of southeastern Pennsylvania and northern Delaware.

The family history starts at the Hagley Museum, Library and Gardens in Wilmington, DE where the first gunpowder works were established. The site includes the restored mills used for making black powder, a worker’s community and the ancestral house and gardens of the du Pont family. A variety of tours provide insight into the black powder manufacturing process, its uses and its impact on American history. In the spring, the property glows in shades of pale green and white as the wooded landscape and the many dogwood trees comes to life.

The du Pont story continues at nearby Winterthur Museum and Gardens. Here, H F du Pont indulged in his passion for collecting early American furniture and decorative arts which he displayed in the expanded 175 room mansion. As a trained horticulturist, he also had a personal hand in designing the various elements of the expansive gardens.

The colorful spring show starts with the March bank where a succession of bulbs bloom in the early spring months. Waves of yellow winter aconite and white snow drops give way to shades of purple crocuses and then to periwinkle blue Siberian squill. A progression of color spreads throughout the gardens as a variety of Magnolia trees burst into flower followed by the strong violet scents in the lilac garden. The climax is in early May when acres of white, pink, salmon, red and lavender azaleas bloom alongside white dogwoods under a canopy of oak, beech and tulip poplar trees.

Tulips spill out across a stone wall at Longwood

Across the border at Longwood Gardens in Pennsylvania, Pierre S du Pont purchased some land in 1906 in order to protect an arboretum with trees that were over 100 years old. This farm became the centerpiece of his summer residence which he developed into a showpiece for entertaining friends and family. The formal outdoor spaces were inspired by the French and Italian fountain gardens he discovered on his European travels. Pierre added conservatories and an outdoor theater, all of which became the core of one of the county’s premier horticultural display gardens. The outdoor spring show peaks in April as a succession of bulbs, bushes and trees flower throughout the property. The highlight is toward the end of April when the 600 foot long Flower Garden Walk blossoms in a rainbow of tulips, hyacinths and other spring flowers.

The one acre sized pool at Nemours

In contrast, the younger Mt. Cuba Center puts on a naturalized display of native woodland plants which also peak toward the end of April when the dogwood path and the trillium garden are at their best. In the 1960’s Lammot DuPont Copeland and his wife chose to focus their efforts on the conservation of wildflowers and other local native species.

Opening for the season in May, A I duPont’s Nemour’s Estate will make you wonder if you’ve left the country. The largest French style gardens in North America and the French inspired mansion were built by Alfred du Pont in 1907 to show his love for his much younger second wife Alicia.

There is something to do and see in the Brandywine Valley all year, but spring is an especially colorful time to experience both the history and the horticulture of the area. 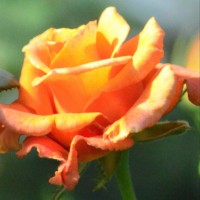 About the Author Rose Palmer