What a delight!  A trip to Avery Island and TABASCO with a tour of the island and an interview with Harold Osborn, Senior Vice President and McIlhenny family member.  The family has owned this business since the 1800s and current family members are just as passionate as the original members about promoting and growing their product

Over 700,000 of these unique bottles filled with the ‘hot stuff’  (TABASCO)  are produced daily at the TABASCO headquarters plant  on Avery Island, Louisiana!  They are shipped all over the world—185 countries  and territories currently,  and still counting.

You recognize these bottles, their unique shape filled with red hot sauce.  You’ve seen them gracing the tables of some of the finest restaurants in the world, not to mention in movies, in saddle packs and mess kits.   The ingredients puts  its own special flavor on the intended meal….just a couple drops of that “red liquid stuff” gives a real zing to an otherwise plain entrée or appetizer.

After the Civil War, when the McIlhenny family had returned to Louisiana, Edmund McIlhenny, the head of the family, began filling discarded cologne bottles with a sauce

he created from peppers grown on the island, salt from the island and vinegar from  Bordeaux, France. . He began giving these to friends as a gift.  His reputation grew and theses friends urged him to sell the sauce.  The result: TABASCO Pepper Sauce, which has grown into a world-wide condiment since its1868 inception.  The bottles used today are fashioned from the old cologne bottles Edmund originally used to package his product.  The sauce’s legendary three year aging in white oak wine barrels came after Edmund’s death.

Tabasco’s  history, from an obscure one-room operation to the international culinary phenomenon it now is, is filled with many highlights.  It is rumored that Theodore Roosevelt carried a bottle during his   Rough Rider days.   WWI and WWSII soldiers had TABASCO in their mess-kits. It’s a well known fact TABASCO was part of their meal.    The little red bottles have been in numerous movies while  U.S Grant, Dwight Eisenhower, Jimmy Carter, Ronald Reagan, George H.W. Bush and Bill Clinton  either made stop at Avery Island or had the famous red bottle served on a silver plate to accompany the meal  in the White House.

TABASCO  has been included on many momentos occasions including making the trip to the summit of Mt. Everest on many trips.  It has also been carried on many space shuttle missions as well as being kept at the International Space Station. Queen Elizabeth II appointed Tabasco to her royal list, one of the few countries outside of the UK to make the list. Tabasco peppers are grown in many parts of the world-mainly Central and South America so there is year round production but the seeds are exclusively kept on Avery Island in a locked vault.

When visiting Avery Island and touring the TABASCO headquarters I was astounded to see the mass production in progress.  Those famous bottles are filled with the sauce, labeled and boxed for mailing in seconds.  Mr. Harold Osborn travels the world to various TABASCO  locations checking production .   He says, “It is my job to make sure the sauce is powerful and clean wherever it is sold.  I make sure it is sold  in the traditional glass bottles.”   Speaking as a family  member, he is certain the sauce will be around for another  146 years.

A trip to Avery Island, home of TABASCO and the McIlhenny family,  brings a new dimension to thoughts of  TABASCO  and the many things it is mixed with to bring unique flavor to one’s  taste buds.  Whether you like is hot or mild, it offers the best in hot sauces!  It goes on or in everything from pepper seasoning to popcorn, nuts, olives, mayonnaise, mustard ,steak sauce, Worchester sauce, soy sauce, teriyaki sauce, marinating sauce, barbecue sauce, chili sauce and Bloody Mary Mix.  It is also co-branded with Spam, Slim Jim Beef, Heinz catsup, A-1 sauce and many other diverse items.

One of the fun things during my visit was a trip to the country store was having the chance to buy a dish of TABASCO ice cream!  Imagine it—sweet and spicy with a dollup of red rasberry sauce on top!   Delicious.

From  TABASCO, An Illustrated History,  by McIlhenny Historian Shane Bernard, which you can purchase at the store, is Dwight Eisenhower’s famous barbeque sauce.

¼ tspn TABASCO (or more according to personal taste)

Mix all ingredients and simmer for about 15 minutes.  For a deeper flavor simmer for about 30 minutes,  Use for basting meat, chicken.  It can be served as a sauce as well.  This makes enough for about 5 pounds of meat.  Store in an air tight glass  in the refrigerator if not using immediately.   Yields 2 ½ cups.

The other point of interest on Avery Island is “Man and Envirorment in Balance”,  The Jungle Garden. Started by Ned, one of  Edmund’s  sons, this part   of Avery Island is an environmentalists dream!  It’s a whole-sale plamt nursery containing varieties of bamboo, camellia and iris as well as other plants.  In 1935 Ned opened the Jungle Garden to the public to promote automobile tourism in Louisiana.  In 1936 he obtained a bronze Buddha   for which he had a temple built to enclose it.  Viewing the Buddha has become the focal point of most visitors to the garden.  In 19 71 the US Postal Service issued a new commemorative stamp series entitled “Wildlife Conservation.”For almost 200 years the Marsy/McIlhenny families have sustainably managed their environments abundant and diverse natural resource and have been stewards of the land entrusted to the families!

The Garden contains 170 acres of high ground and marsh which have been turned into an environmental haven for blue egrets, nutria, deer and many other forms of wildlife and plant species.  Touring this part of the property by car takes at least two hours and is definitely worth the time.

If you’re in Louisiana don’t miss the chance to visit Avery Island, TABASCO, and Jungle Garden.

Previous post Baltimore: the coolest city on the eastern seaboard 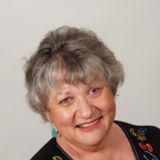 About the Author Ann Terry Hill

I have been a freelance writer for 25 years. My writings have included many national magazines including AMERICAN COWBOY, PERSIMMON HILL, and COWBOYS & INDIANS. I also co-wrote PENDLETON ROUND UP AT 100, which is now in its 3rd printing. A member of NATJA and WESTERN WRITERS OF AMERICA.
Website