Explore The City of Belgrade Through Its Delicious Food

Love, Sex, Hollywood, and the making of Puerto Vallarta

Its weather is gorgeous. Its beaches are beautiful. Its locals are friendly and welcoming. So it’s hardly surprising that over the past 50 years Puerto Vallarta has transformed from an idyllic fishing village into a getaway spot that draws thousands of tourists a year. Yet, not every cute little beach town turns into a renowned travel attraction.

Its weather is gorgeous. Its beaches are beautiful. Its locals are friendly and welcoming.  So it’s hardly surprising that over the past 50 years Puerto Vallarta has transformed from an idyllic fishing village into a getaway spot that draws thousands of tourists a year. Yet, not every cute little beach town turns into a renowned travel attraction.  What was Puerto Vallarta’s secret recipe that propelled it into vacation stardom?  If you trace the city’s history back in time, you’d find that its success arose from a mix of serendipity, circumstance and human emotions spanning over two continents and several decades.  PV, as the locals nicknamed it, owes its fame to one break-up story, one love story, and a heavy dosage of Hollywood glamor, drama, and decadence.

In 1940, heartbroken after his male lover Kip Kiernan left him to marry a woman, American writer Tennessee Williams set out for Mexico, seeking escapism in globe-trotting. As Williams himself put it, he was trying to get “as far from New York as I could hope to get on the small funds at my disposal.”  After some soul-searching, he settled in a small Acapulco hotel Costa Verde. This unassuming location became his inspiration for The Night of the Iguana, a short story he published a few years later.  The story became a very successful Broadway play, and caught attention of Hollywood director John Huston.  Huston loved Mexico so the idea of filming there was a thrill.  He just needed to decide on a place.

Huston had first visited Puerto Vallarta in the late 1920s when it was still a tiny fishing village of a few thousand dwellers. Historically, Puerto Vallarta was a rather inaccessible piece of land. Separated from the rest of the country by a near-impassable mountain range, the place could be reached only by boat or plane for a long time. Needless to say, not too many planes landed on its grounds in the first half of the 20th century.  But in 1954, Mexicana Airlines started flying their Guadalajara-Vallarta route, says anthropologist Teresa Delfin who studies the city’s cultural history. By then Puerto Vallarta was a small but established village—beautiful, welcoming and peaceful. When Huston returned in early 1960s to scout the area for the film, he liked what he saw. He decided to shoot the movie at the Mismaloya Beach, a beautiful pristine swath of peach sand awash in greenish-blue waters of the Pacific Ocean.  At the time, Mismaloya Beach was so remote and separated from civilization that no roads led to it at all.  It was accessible only by boats and canoes. But Puerto Vallarta was right nearby, and that was the pivoting point in the city’s history.

The Night of the Iguana had an all-star cast—from Richard Burton to Ava Gardner to Deborah Kerr, never mind Huston and Williams themselves. All these bohemian personalities shooting a movie in a tropical paradise, albeit amongst spiders and scorpions, were an irresistible draw. The place became a focal point of celebrity gossip before the cameras began to roll. But what really frenzied the excitement was the fact that Elizabeth Taylor, who wasn’t in the movie but was in love with Burton, followed him to the set. Married to other people at the time, Taylor and Burton’s love affair was a fatal attraction to the paparazzi.  Journalists from all over the world were sent to Puerto Vallarta to cover the filming and the stars. “We have more reporters here than iguanas,” one crew member had allegedly stated back then.  Within weeks, Puerto Vallarta had staked out its spot on the map as the place to be and the destination to visit.

Not everyone was happy with the Hollywood crews invading the serene shores of Mexico. To some locals, the drinking, snorting, heroin-shooting, scantily clad, libidinous gringos were an offence to their moral and cultural values.  A local newspaper Siempre had supposedly published a scathing gringos-go-home decree: “Our children of 10 and 15 are being introduced to sex, drink, drugs, vice, and carnal bestiality by the garbage of the United States: gangsters, nymphomaniacs, heroin-taking blondes.” The paper called for the gangsters and nymphomaniacs to be sent home as soon as possible while it still wasn’t too late for the “responsible Mexicans” to save Puerto Vallarta. Some hard-core moralists also protested against Burton and Taylor “living in sin.”

But the vehement speeches didn’t engender any drastic measures. Puerto Vallarta natives held a very non-judgmental, accepting view of the world.  “Mexico is very regional culturally,” explains Delfin, “so it has these distinct pockets that behave very differently, from one city or state to the next.”  The region has always been a pleasant and reasonably easy place to live.  The weather was beautiful. The sea was bountiful.  The land was plentiful—every seed that fell into the soil grew. The people were generally content with their lives and weren’t really interested in dictating the affairs of others.  So the locals simply waited for the cinema incursion to end.  Huston and his decadent crew finished filming the iguana classic and went back home.  And the two inflammatory celebrities ultimately became the admired Puerto Vallarta love birds.

As they greatly enjoyed the city, Burton and Taylor began to build a love nest on its bucolic slopes.  On his inamorata’s 34th birthday, Burton gifted her Casa Kimberly, a charming white stucco casita nestled on a cobblestone hillside overlooking the sea.  Then they bought the adjacent casita which boasted a luxurious pool and a roof deck with a magnificent city view. The villas became respectively “hers” and “his,” and visiting each other required crossing the street, which involved the risk of bumping into a reporter or two.  So the couple consummated their real estate wows in a overpass that connected both dwellings.  The structure, inspired by Venice’s Bridge of Sighs and titled the Bridge of Love or Puerto Del Amor, begot numerous legends of the star-crossed lovers’ life.  They kissed on the bridge. They made love on the bridge. They had screaming arguments on the bridge and ran to their own quarters only to meet there again hours later.

Puerto Vallarta became the place where the famed duo could have a semblance of a normal life. The locals pretty much let them be, and camera-wielding celebrity hounds were less frequent and aggressive than everywhere else.  Even after Burton and Taylor divorced, she still kept visiting Casa Kimberly.  Only after Burton’s death, did she finally sell it in 1990. But the villas tied together by the arching crossing into an iconic symbol of their passionate affair are still there today.  After having served as a museum for a short time and being closed for a while, Casa Kimberly is opening its doors as a historic hotel this year.  While renovated and expanded, the casa kept many touches and details of its eminent past. Taylor’s bedroom and her pink marble, heart-shaped bathtub still remain. The azure-tiled pool looks no different from the time the glamorous couple splashed in it.  And Puerto Del Amor still joins the two casitas together, as if luring lovebirds around the world to indulge in their own unforgettable romance on its elegant ivory curve.

The fabled stars are gone, but Puerto Vallarta is still as beautiful as they had found it—albeit less rustic and more chic with all of the modern-day comforts. And while paparazzi no longer raid it in search of Hollywood drama, travelers from all over the world flock to its beautiful shores.

Next post Lunch in a River Outside Puerto Vallarta 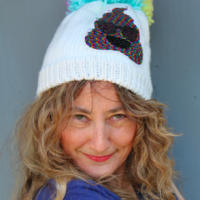 About the Author Lina Zeldovich

Lina Zeldovich shimmied with belly dancers in Turkey, cooked a zebu stew in Madagascar, fished for piranhas in the Amazon, sipped a drink made from a venomous snake in Peru—and always lived to write the story. Along the way, she survived Siberian winter, Jordanian summer and Columbia J-School. She has written about her wanderings for NPR, Newsweek, AFAR, BBC, Atlas Obscura, The Boston Globe, Smithsonian, The Atlantic, TravelAge West, Orbitz, CheapTickets, Sierra Club, OZY, Saturday Evening Post, and in-flight magazines. She also holds several journalism awards, including NATJA’s gold and silver in the eco-travel category. She is a culture shock junkie, and she lives in New York so she can fly nonstop to almost anywhere.
Website Twitter Facebook Linkedin