It was here where early members of The Church of Jesus Christ of Latter-day Saints settled shortly after the founding of the church and where Joseph Smith and several of his followers built a temple, and where today modern-day followers each year create what has become a nationally known holiday display of nativity scenes.

Janet Podolak, writing in The News-Herald, said a visitor “can’t help but be impressed by all the different ways the classic Christmas scene is portrayed. Almost all include baby Jesus in the manger, Mary, Joseph and the Wise Men, but the clothing, the backgrounds and even the physical features of the people vary. Newspaper, fabric, Coke cans and even bullet casings are among the materials used along with more common ceramic, wood, glass, metal and marble,” she wrote.

The American Business Association has called the display one of the Top 100 Events in North America and the international Friends of the Crèche honored it for its excellence.

“Nativities have been a part of Christmas for more than 200 years in this country — a custom begun 800 years ago by St. Francis as he sought to bring people back to the simple awe surrounding the birth of Jesus in a stable. He created the first live nativity in a cave near his home in Assisi, in northern Italy,” journalist Podolak explains.

Local families loan the nativities representing more than 30 countries and depicting how cultures around the globe observe Christmas. For instance, a miniature nativity exhibit features examples of primitive art and incredibly detailed paintings and carvings. There is also an exhibit of antique foreign and hand-made Christmas cards and an international Nativity stamp collection.

Merton Bartelmay each year has loaned one of his family treasures, a beautifully hand-carved Holy Land olive wood crèche. It can be seen next to nativities made from newspaper, fabric, soda cans and even bullet casings along with more common ceramic, wood, glass, metal and marble.

In an article in The News-Herald, Janet Podolak writes that “often the Christmas story is personalized by individual cultures with characters that look like their creators, whether they are Asian, African or South American. Probably because they reflect the cultures of those who created them, Nativities have become popular among collectors.
“Nativities made from Coke cans were made by an elementary school class in Kenya to be sold as a fundraiser for their school,” Podolak said. “The ever-present coconuts of Polynesia were used for another Nativity. Bullet casings from the war in Liberia were collected and pressed out then crafted into the family Nativity figures.”

The collection occupies the entire Visitors’ Center of the restored Western Reserve era village, and the one-room schoolhouse next door.

Of special interest to families and young children is The Children’s Room – where the youngest visitors can enjoy child-friendly nativities, dress up in costume and join a child-sized nativity scene for a photo and an “I Spy” seek-and-find activity.

Presented annually by the Kirtland, Ohio Stake of The Church of Jesus Christ of Latter-day Saints and Historic Kirtland, a restored 19th century village of historic significance, which commemorates the site where members established the church’s headquarters in Kirtland.

Visitors can also take guided tours of the village including a store, an inn and a residence, all decorated for the Christmas holiday in period style.

Other historic sites in the area significant in church history include the Kirtland Temple (owned and operated by the Community of Christ), the temple quarry, the Kirtland Temple cemetery, the Sidney Rigdon home, the Isaac Morley home, the Hiram Smith home, the John Johnson home in Hiram, Ohio and Fairport Harbor. 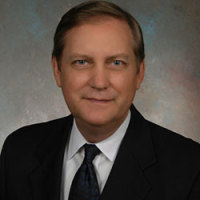 About the Author Bob Ulas