Bumping along the highway, strapped into my seat aboard the tour group’s converted truck, I was marveling at my surroundings. Flame red desert dunes rose on the horizon and ostriches loped along in the distance as a deep blue African sky stretched straight up to heaven.Sitting in front of our cabana, we gazed out over the magnificent river dotted with egrets and herons and indulged in nip of duty-free scotch Dad had tucked in his bag.

But the scenery wasn’t the most amazing part. What truly stunned me was that I was traveling through southern Africa with my 87-year-old Dad. The last time we had traveled together was 40 years ago on a family camping trip to the Canadian Maritimes. A petulant teen, I slept and snarked my way through most of that journey.

More recently, I had been volunteering in Swaziland with an agency that dealt with gender-based violence. I was burned out and in need of a vacation. Dad, based in Toronto,had never been to Africa and since my mom had passed away 10 years ago he had only taken small vacations in North America. I suggested he come over for a visit. A tad nervous, I wanted to make sure he wasn’t bored, that ouyr hotels were nice, that the food was going to be OK and that he would see enough animals. I made sure we had a full itinerary of destinations using travel companies vetted by seasoned friends and Internet reviewers.

We met in Cape Town and acclimatized by touring the wine districts of Stellenbosch and Franschoek. Quaffing a bubbly champagne-style wine at Villiera Wines, my Dad said: “This is a perfect way to get over jet lag.” Good. It worked to calm my nerves, as well.

My favorite stop was Fairview Winery which also produced a fine array of cheeses. In the tasting room we filled our glasses and snacked on creamy samples of goat and cow’s milk cheeses. We also stocked up in the shop for the big trip ahead.

The tour group’s truck, which I nicknamed Beastie Girl, seated 20 travelers from  Germany, Australia, New Zealand, Spain and the United States. Helmed by Pilani, the jolly driver/guide from Zimbabwe, Beastie Girl transported us from Cape Town into Namibia, Botswana and Victoria Falls, Zimbabwe, the end of our 20-day trip.

Heading north of Cape Town, driving by thousand-acre farms, efficient irrigation systems and experiencing excellent roads, we could see where the prime oranges and advocados that travel so far to stock Canadian grocery stores in the dead of winter came from. But it was even better to eat them right there where they were grown.

Reaching Namibia a day later, we stayed overnight in a guest lodge along the Gariep, or Orange River, reknown for propelling diamonds all the way from Kimberley’s famous volcanic pipes to Namibia’s Atlantic coast.

Sitting in front of our cabana, we gazed out over the magnificent river dotted with egrets and herons and indulged in nip of duty-free scotch Dad had tucked in his bag. “I had a chance to come and work with a mine in Namibia once,” Dad said, “But another fellow was assigned the post. I’ve wanted to come here ever since.” I was glad I had helped make it happen.

Bumping through the arid, mineral-rich landscape we made our way to the Fish River Canyon. Second only to the Grand Canyon in size, the Fish River Canyon’s main waterway is dry much of the year. Was it been mistakenly named?, we asked Pilani. “Catfish nestle deep in the mud of the dry riverbed, waiting to come out during the rainy season.” Perched on the rim of the canyon, we peered down at the bone-dry looking riverbed. “They are sleeping there right now,” he said with a chuckle.

As we departed the viewing area, Pilani stopped and called our attention to scattered, pointy plants growing straight out of the black basalt. “These are Quiver trees, they are succulents and can live up to 200 years,” he explained. Despite its stark, moon-like environment, the area was full of life. You just had to know where to look.

Cheetah walking along the fence. Photo by Maureen Littlejohn.

Our first sightings of iconic African animals were at a rest camp. Oscar and Wilde were two cheetahs who had been born to a mother captured from the wild by a local farmer. Now 12 years old, they lived at the camp and visitors could enter their enclosure for a guided walk. The young German guide stayed perfectly still and Wilde came out of her hiding place, lay at the guide’s feet and started purring. Curious, Oscar watched us carefully from a distance. They had never had the chance to run, the guide told us, and my heart broke as I saw Oscar sidle up to the edge of the fence and stare out into the wilderness.

I was much happier when we reached the Okavango Delta in Botswana. Flying over the world’s largest inland delta–15,000 square kilometers–I could see groups of elephants standing knee deep in swampy water, lazily munching on green delta grasses. The area is home to at least 200,000 large mammals.

After reaching our island lodge, Dad and I sat on the porch of our stilted cottage, a permanent tent complete with bathroom and outdoor shower. We had reserved the afternoon for reading and napping on comfortable chairs in the warm sunshine. But the snoozing was not to last for long. Waking up to a racket of crunching and crashing, we saw a huge elephant stride by, in search of the island’s tastiest grasses. One of the lodge’s guides was walking after him clapping his hands loudly. “Out, out,” he shouted and the pachyderm trotted off like a deer caught nibbling carrots in the garden.

Lots more wildlife was to come. In a canoe ride among water lilies we sighted crocodiles, Cape buffalo and hippos. On a walking tour a warthog started shadowing our group, and curious baboons watched us from the tops of deserted termite mounds.

Another highlight was Chobe Park. Known as “Land of the Giants” the 11,000 sq. km reserve was teeming with elephant families spraying each other and playing in the river. Pods of hippos, disguised as rocks, floated by our jeep and monitor lizards kept careful watch for prey along the shore.

Our last day was in Zimbabwe at Victoria Falls. Dad and I spent most of the day mesermized by the thundering water, or Big Smoke, as it is known locally. Although there was plenty to do, from bungee jumping to river cruises to helicopter rides, we opted to stay put. Gazing at the rushing water from a number of lookout points, we got soaked to the skin from the spray. But that didn’t matter, it was all part of our experience.

Who would have guessed that sulky teen of 40 years ago would end up travelling 5,000 km through southern Africa with her Dad, and loving it? “Great trip, eh honey?” said Dad, giving me a hug as we stared at the falls. “Not just a great trip, Dad,” I replied. “The best one yet.”

Previous post Circle the Wagons in the Badlands of Alberta, Canada 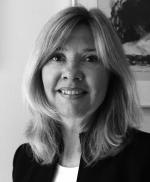 About the Author Maureen Littlejohn

Maureen is an award-winning journalist who has been practicing her craft since the 1980s. Her career includes stints as a daily newspaper reporter for the Winnipeg Free Press, music critic on Global Television, and editor/managing editor of magazines including Network, Tribute and Sears Family First. She is a prolific freelance writer and has written for such publications as Travel + Escape, Jetsetter, More, Flare, Homemaker's, Smithsonian's National Museum of the American Indian magazine, Convene, CAA and the Toronto Star. Her book, Aboriginal Tourism in Canada in the 21st Century (Lambert Academic Publishing, 2010), examines how Native tourism destinations can bring positive change to communities.
Website Twitter Facebook