Chicago Christmas With The Grandkids

The city of Riverside, California, nestles along the Santa Ana River. A large metro area, Riverside is situated 50 miles south of Los Angeles in the area known as the Inland Empire. Founded in the 1870s, this vibrant community is a destination for arts and culture and particularly sparkles at holiday time.

The temperatures may be moderate, but the North Pole is conjured in the downtown area every year anchored by the Mission Inn Hotel and Spa’s Festival of Lights. The whole of downtown gets into the spirit, and attracts over 500,000 revelers of all ages.

First created in 1992, the Festival of Lights is an elaborate indoor and outdoor experience for residents and visitors alike.  There are intricate gingerbread houses to make and eat, hot cocoa, extensively decorated grounds and even the pools are decked out in holiday finery.

“We love seeing the joy that the festivities bring to people of all ages who look forward to spending this special time of year with us,” says co-owner, Vice Chairman and COO Kelly Roberts. “It brings us happiness to see children and people of all ages light up when they watch the property lights switch on,” adds co-owner Duane Roberts. “The Festival of Lights is a celebration that our family looks forward to every year.”

The Inn is the largest Mission Revival Style building in the United States. It began as an adobe boarding house in 1876, and as it grew it incorporated architectural elements from 20 different California missions. The Inn houses the oldest known bell in Christendom, dating to 1247 AD. Each of the 238 guest rooms and suites is unique, and there is a renowned Tuscany-inspired spa on site, Kelly’s Spa. Four restaurants and three lounges are on-site. The Mission Inn Foundation offers a 75 minute walking tour led by trained docents on the art, architecture and history of the Mission Inn. This is an opportunity to see parts of the Inn that are inaccessible to the general public, reservations are required.

The area surrounding the Inn also gets into the spirit of the holidays with vendors and performers in the squares and arcades. Downtown Riverside has seen a revival of bistros and craft breweries in this citrus city, as well as well-known chains. Try the Riverside Food Lab for tremendous variety at the Inland Empire’s first food hall. I enjoyed the food and holiday decor at ProAbition Whiskey bar and restaurant just steps from the Mission Inn. Paid off-street parking is adjacent. View many other restaurant possibilities on the Convention and Visitors Center website.

Other cultural venues of note on Mission Inn Avenue include the Riverside Art Museum featuring traditional and contemporary/modern art displaying the work of some of the best artists in the world, including Marc Chagall, Robert Williams, Takashi Murakami, and Millard Sheets. Newly opened in partnership with RAM is the Cheech Marin Center for Chicano Arts and Culture, with hundreds of paintings, drawings, photographs, and sculptures by artists including Patssi Valdez, Sandy Rodriguez, Carlos Almaraz, Frank Romero, Judithe Hernández, and Gilbert “Magú” Luján. Nearby, the Cornelius Rumsey collection of Native American artifacts is located at the Riverside Metropolitan Museum along with other anthropology and natural science exhibits.

Riverside at the holidays offers many opportunities to celebrate in this California center for the arts and culture. 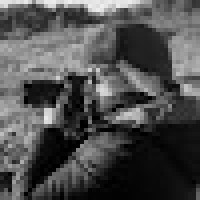 About the Author Lisa Morales

A lifelong learner and traveler, Lisa has been exploring for nearly 40 years. As a young single mother visiting Paris with a child in 1991 to an older single mom walking the Camino de Santiago with a second child in 2014 she has voyaged through experiences and challenges learning and teaching together. In 2019 photography became a serious pursuit, with extensive travel to learn the craft from top adventure photographers. A long-time blogger, Lisa turned to exclusively writing about travel and culture with the relaunch of her website, quickly reaching over 100,000 readers. She has been awarded in many juried photography competitions, been a guest on a number of travel podcasts and published cover and interior photography for a guidebook on the Camino de Finisterre (Spain). She resides on Cape Cod until her son graduates and she goes nomadic in her teardrop trailer.
Website Twitter Facebook Instagram