Once notorious as a 1930’s getaway for the Nazi elite, Berchtesgaden, Germany nowadays provides a captivating Alpine alternative to Banff or Aspen. The Bavarian mountain town of 8,000 lies less than three hours southeast of Munich by train, attracting aficionados of nature and history alike.

For snow enthusiasts, Berchtesgaden features six different ski areas with some 37 miles of downhill runs. The magnificent Obersalzberg ski area above the town has terrain suitable for all skill levels. You can also get your heart rate up on more than 60 miles of groomed cross-country trails.

If you’re seeking serenity and contemplation, take the Lake Konigsee boat ride to Saint Bartholomew’s Church with its distinctive red domes. At the adjacent Fischerstuberl cafe, you can savor smoked lake trout and dark rye bread. While cruising on the five-mile-long lake, you’ll spot a red cross commemorating a 1688 nautical disaster that claimed 71 lives here. Listen to the wistful strains of your guide playing the trumpet toward the “Echo Chamber” fjord cliff walls.

Getting sent to the salt mines sounds onerous, but the Salzbergwerk Berchtesgaden is a thrilling, almost Disney-esque attraction for guests of all ages. Highlights of Germany’s oldest salt mine include riding a mining train, admiring a 256,000-square-foot salt cathedral cave, and sliding down polished-wood slides. Lasers and psychedelic music add zest in between the educational displays about drilling and pumping brine.

At the Gasthof Zum Neuhaus, fill up on traditional Bavarian delicacies like Wiener Schnitzel and roast duck with dumplings, washing it all down with locally brewed beer such as Hofbrauhaus Berchtesgadener Dunkel. A jolly atmosphere prevails with live accordion music and locals in Lederhosen and dirndls.

The luxurious Kempinski Hotel Berchtesgaden boasts a mountaintop perch straight out of a James Bond movie. Little touches make this 2015-opened, five-star property special. For instance, newly arrived guests are served tiny steins of iced tea with mint in the spacious reception beneath a chandelier made out of antlers.

Whether you’re getting a rejuvenating massage at the spa – which also has pools, saunas, and a meditation lounge – or setting up an adventurous hike with the on-site activity concierge, staying at the Kempinski makes life in Berchtesgaden even more beautiful.

When dusk falls, relax in your Executive Mountain View Room, admiring the 6,473-foot-high Untersberg peak in the distance. The feeling of tranquility is palpable. Even though Berchtesgaden has had its dark moments in the past, this beautiful Alpine community has a bright future.

To plan your trip to Berchtesgaden, visit berchtesgaden.de and germany.travel.

Next post Experience the Glow of St. Augustine’s Nights of Lights 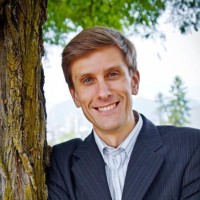 About the Author Lucas Aykroyd

Lucas Aykroyd is an award-winning writer, national newspaper columnist, and public speaker. He specializes in travel and sports. His work has appeared in the New York Times, the Washington Post, National Geographic, The Globe and Mail, the Toronto Star, the Vancouver Sun, and the Georgia Straight. He's contributed to travel guidebooks for Fodor's and Frommer's. Lucas has won 11 medals in the North American Travel Journalists Association (NATJA) Awards, as well as a medal in SATW's Lowell Thomas Travel Journalism Competition and a Travel Media Association of Canada (TMAC) award. He's also been a Western Magazine Awards finalist. Since 1999, he's covered the NHL, five Olympics, and 21 IIHF World Hockey Championships. His outdoor adventures include polar bear watching in Manitoba, rafting over a waterfall in New Zealand, and horseback riding on Easter Island. Based in Vancouver, he's traveled to more than 40 countries. (He's still waiting for Tourism Antarctica to return his call.)
Website