The most popular thing to do at the luxury Greenbrier Resort in West Virginia isn’t being pampered at the spa, playing a round of golf on one of its world-class courses, or indulging in its legendary fine dining.

The most popular thing to do at the luxury Greenbrier Resort in West Virginia isn’t being pampered at the spa, playing a round of golf on one of its world-class courses, or indulging in its legendary fine dining. The resort’s most requested activity is a 90-minute tour of what’s known as the bunker, the former top secret U.S. government relocation facility designed to accommodate the Senate and House of Representatives in the event of a national emergency.

Guide Jonathan Wright, who has been giving tours of the bunker for 16 years, tells our group that there are up to 12 tours a day with a maximum of 24 people on each tour.

“I keep thinking that one day everyone who wants to will have seen the bunker,” he says, “but it hasn’t happened yet.”

The location of the Greenbrier was no random choice, back in the 1950s, when the Eisenhower administration suggested building a protected structure that would house leaders in the case of a nuclear blast. Some 250 miles from Washington, DC, the bunker would be accessible by road, rail, or air.

Described as a relic of the Cold War, the bunker was built under the strictest of security protocol, between 1958 and 1961, and was buried 720 feet into the hillside under the West Virginia Wing of the Greenbrier hotel. Its three entrances were designed to withstand a nuclear blast 15-30 miles away and to prevent radioactive fallout from entering the facility when sealed.

The blast door at the west entrance weighs in at some 25 tons and is 12 feet wide, 10 feet high and 18 inches thick. Blast doors were camouflaged to blend with hotel décor and functionality.

Jonathan points out the signature colorful wallpaper of the hotel, which would have covered the entrance to the bunker, and says that back in the day no one would have suspected that the clandestine facility was just feet away.

“Sometimes the best place to hide things is in plain sight,” he adds, also noting that when the facility was built, the public was told that a new wing was being added to the hotel, which indeed, was accurate. While Congress members knew about the facility, most didn’t know the location.

We walk through the windowless, bleak facility which has been preserved as it was when it was phased out in 1992, and view the showers where people would have “decontaminated,” dormitories with lockers and metal bunk beds, a stark cafeteria, and outdated communications equipment. We stand silently in the auditorium, with avocado-colored theatre seating, where members of Congress would have met. It feels eerie to be in a place that could have been used under horrific conditions.

As we view the security area where cameras would have monitored everything going on in the bunker, a teen on the tour points to a club among the guns, pistols, weapons, and riot gear, and asks what it would have been used for.

Jonathan explains that with up to 1,100 people stuck in the dim facility for up to 40 days, it was entirely possible that there could have been a need for use of force.

The teen’s dad adds, more bluntly, “It was to beat the crap out of someone if they needed it.”

In a state of readiness for 30 years

During 1962 through 1992, the facility was continually updated with supplies, food, and equipment, so that it would remain in full-operation status. Within the bunker was a self-contained power plant capable of providing power needs for the more than 1,000 people, as well as an infirmary and fully stocked pharmacy.

Given the code name Project Greek Island, the bunker was kept secret until May 31, 1992, when the site was exposed by a story published in the Washington Post.

“The government pretty much had to throw in the towel once the location came out,” Jonathan says.

Immediately after the story was published, the facility was phased out; equipment was reassigned to other government and military facilities, and in 1995, tours began.

While the facility was never activated, the fact that it was built in the first place makes one wonder if a similar location exists today.

Tours of the bunker are open to anyone; reservations are highly recommended. Call the Greenbrier at (855) 453.4858 to reserve a tour. Lockers are provided to leave your phone and electronic devices. The fee for the 90-minute tour is $39. While you don’t have to be a guest at the Greenbrier Resort, one walk through its elegant lobby to get to the meeting point of the tour will convince you to spend at least one night.

Rates vary depending on the season and even with the onset of the pandemic and what is a somewhat pricier lodging, the Greenbrier has stayed busy.

The nearby town of Lewisburg is also a great choice to spend time and has good accommodations. Check into the historic General Lewis Inn if you would like to be in the middle of downtown. Lewisburg also offers foodies everything from casual places like local favorite the Humble Tomato (possibly the best patio in town) to fine dining such as the popular French Goat. The friendly burg with a small-town feeling has a welcoming downtown to explore and one of the nicest visitors’ centers (check out the legendary clean restrooms) you’ll find.

Next post Time-Travel Trip Across America - Charleston to Asheville 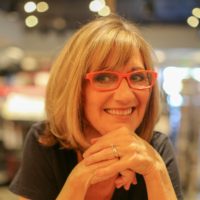 About the Author Sherry Spitsnaugle