Often there are ties with locations that we never thought connected us to a place.

Often there are ties with locations that we never thought connected us to a place. I have dreamed of visiting the Finger Lakes for quite some time. Before travel writing, I wrote about pets. I received emails about the Grapehounds Wine Tour, dog adoption, and wine tasting event in the Finger Lakes. When I branched out to include wine writing, I learned about many of our wine regions and sampled various wines. My studies included the Finger Lakes.

In 2018, while attending the International Media Marketplace, I met the representative of the Finger Lakes, but that was not my year to visit the region. It was a webinar in the fall of 2020 that solidified my yearning to visit. The beauty of upstate New York enthralled me. It came to light in the Finger Lakes and Corning. From the small-town quaintness to the natural splendor of its lakes, streams, and waterfalls. Through its obsession with wine, glass, and aviation, one finds a lot to explore through art and culture.

The Corning Museum of Glass is considered one of the most significant spaces dedicated to the art, history, and science of glass. Founded in 1951, the museum features the history of glassmaking and exhibits of contemporary art and design. Delving into the medium of glassmaking and the exquisite art designs coming from this material would be well worth the trip.

As an oenophile, the Finger Lakes history of making wine and its wine intrigues me. It all began in 1829 when Reverend William Bostwick planted Vitis labrusca grapes in his Hammondsport rectory garden. The first bonded winery, Hammondsport’s Pleasant Valley Wine Company, began in 1862. Not only was Pleasant Wine Company the first bonded winery in New York but also the United States.

One of the more influential people in the Finger Lakes region was Dr. Konstantin Frank. His work at Cornell University’s Geneva Experiment station in 1951 set the standard for grape growing in the area. He discovered that Vitis vinifera varieties could grow in the cold Finger Lakes climate by grafting onto native rootstock. His influence inspires many of the current wineries today.

During a recent webinar, I was introduced to three wineries and their wine, which whetted my appetite to come visit and taste the wine from more wineries in the area. All three are in the Hammondsport.

As mentioned, Dr. Frank’s influence was profound on the region and his winery, Dr. Konstantin Frank. The first grape he planted was Rkatsiteli, an esoteric variety from eastern Europe, Georgia. It is one of the oldest grape varieties in the world, dating back to 3000 B.C. Its strong resistance to cold weather and retention of high acidity during the hot summers makes it ideal for the Finger Lakes.

In their 4th generation, the family still follows the footsteps of Konstantin, which includes making the Rkatsiteli. With its zippy acidity and freshness, the wine evokes lemon and lime flavors accented by green herbs.

The LeSeurre family origins take them to Champagne, France. Coming to the United States to learn about winemaking in America, Céline and Sébastien got hooked. Their first vintage at Domaine LeSeurre was in 2012. Their wines reflect their French heritage as they blend those traditions with their new-world wine experience. Tasting the 2017 Chardonnay Unoaked Cuvée Classique, one sees how the old and new world approaches come together.

Weis Vineyards represents one of the newest wineries in the area and specializes in German-style wines. Born in Zell Mosel, Germany, Hans Peter Weis grew up in the vineyards. He came to the United States to work a vintage and discovered the Finger Lakes, making it his home. With similar micro-climates and soils to his hometown in Germany, he knew he had found his calling. His Riesling is a marvelous example of the bright, citrusy wines produced in the Finger Lakes from this variety.

The yearning to visit the Corning Museum of Glass and delve into the cool-climate wines, especially Riesling, possibly the region’s flagship wine, are beckoning me to travel to this region. Will 2021 or 2022 bring me closer to my goal of visiting?

Previous post The “Greenest” Hotel in America, The Proximity Hotel 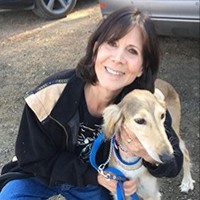 About the Author Cori Solomon

Cori Solomon, an award-winning freelance writer/photographer based in Los Angeles, California, focuses on travel, art, food, wine, and pets. She often highlights the story behind the restaurant, chef, winery, winemaker, or artist. Her background in real estate and art both play a role in her writing, whether it is the architectural splendor of a building, a historical-artistic rendering, or the artistry of a winemaker or chef. Since Cori often travels with her dogs, Salukis, she has a keen eye for pet-friendly stories. Her blog, The Written Palette, features eclectic articles about her experiences traveling, dining, discovering new wines, wineries, and wine regions, as well as topics including art and pets. Wine is central to Cori, who founded the 50-member LA Wine Writers, who get together to learn more about wine and the winemakers behind a winery. She organizes lunches, field, and FAM trips for this group. Cori has earned her WSET Level 2 Award in Wines and Spirits, received the NASA American Wine Specialist Certification and a NASA Spanish Wine Specialist Certification. Cori also contributes to Big Blend Magazine that focuses on Lifestyle and travel, Great Escape Publishing, which promotes travel, FWT Magazine, spotlighting food, wine, and travel, Vinely, and SommTalbe, which both feature wine, TravelWorld International, highlighting travel and Wander with Wonder, where many of my European articles are featured. Cori also knows how to engage radio audiences and has been featured on Big Blend Magazine, a radio show, and the SoCal Restaurant Show. In 2019 Cori became the Membership Chair of IFWTWA and joined the IFWTWA Board as a Director. In addition, Cori co-hosts IFWTWA webinars, which showcases wine regions, travel destinations, professional development, and other topics. In addition to being a member of NATJA, Cori is a member of the IFWTWA, International Food Wine Travel Writers Association, SATW, Society of American Travel Writers, the Cat Writers Association, and the Dog Writers Association of American.
Website Twitter Facebook Instagram