One of America’s most remote National Parks offers a fascinating history in a tropical setting, rich with wildlife and natural beauty.

One of America’s most remote National Parks offers a fascinating history in a tropical setting, rich with wildlife and natural beauty. Dry Tortugas National Park is located 70 miles west of Key West and is accessible only by seaplane, ferry, or by private boat with a permit approved by the National Park Service. The least expensive way to get to the park is by the Yankee Freedom ferry, which transports up to 175 passengers and takes 2 to 2-1/2 hours to reach the park.

The seaplane costs a bit more, but you arrive at the park in 35 minutes and get an amazing view of Key West, the park, and everything in between. The plane, operated by Key West Seaplane Adventures, flies approximately 500 feet above the water, allowing you to see everything from sunken wrecks to sea turtles coasting along the surface. Pick up your headphones and you are treated to a guided tour by your pilot, including tales of explorers, merchants, pirates, and treasure hunters.

The Dry Tortugas are a set of seven keys, situated on the edge of a shipping channel between the Gulf of Mexico and the western Caribbean Sea and Atlantic Ocean. It was named “tortugas” for the abundance of turtles in the area, and “dry” given the lack of fresh water. Fort Jefferson was constructed between 1846 and 1875 to protect the pathway to the Gulf Coast ports. The structure is the largest brick masonry structure in the Americas and is quite impressive. Although the sea has taken its toll, the Park Service has invested considerable time in stabilizing and preserving the structure. During the Civil War, the fort was used as a prison, primarily housing Union deserters. Fort Jefferson’s most famous prisoner was Dr. Samuel Mudd, who was convicted of conspiracy to murder President Abraham Lincoln by setting the fractured leg of John Wilkes Booth. Dr. Mudd was sentenced to life in prison and arrived at Fort Jefferson in 1865. In 1867, an outbreak of yellow fever took the life of the prison doctor, and Dr. Mudd assumed the role. For his service, he was pardoned by President Andrew Johnson in 1869.

Two hundred and ninety-nine species of birds inhabit the park, although some areas of the park may be closed at certain times of the year for nesting. Visitors can swim or snorkel to catch a glimpse of sea turtles swimming amidst the 30 species of coral preserved in the park. Overnight camping is available, with nothing but stars overhead. The journey is well worth the reward.

More information on Dry Tortugas National Park can be found on the National Parks website, https://www.nps.gov/drto/index.htm 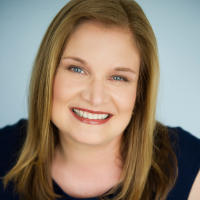 About the Author Wendy Gunderson