To bathe or not to bathe in a hot spring these days, that is the question.  After Japan’s state of emergency was lifted, I decided I would soak if I could find an environment that seemed safe. For several months, this hot spring addict abstained from entering the sacred waters of Japanese onsens out of fear of contracting COVID-19. Finally, though, the beautiful Arctic-blue mineral water of Manza Onsen in Gunma lured me into a bath—an outdoor one with a view of alpine greenery.

As I stepped naked from the rustic wooden building housing the changing room, the beauty of the bath named Gokurakuyu and the surroundings caused me to take a deep breath and stand motionless. I saw the sky and bushes reflected on the still water. A jigoku, or “hot spring hell,” appeared on the other side of the valley in front. Thermal water from deep underground was rising to the earth’s surface. The steam, heat, and minerals prevented plants from growing on the slope near the jigoku. Above me, clouds lazily swam across the sky. The aroma of sulfur touched my nose. Manza’s thermal springs reportedly have the highest concentration of sulfur of all Japanese hot springs.

For several months, fear of contracting COVID-19 had me forsaking my most relaxing pleasure, which is melting within Japanese onsens. But I decided in June that I would bathe if I could find a facility in a location that was unique and appeared safe. Along the way, I would camp, maintain social distancing, wear masks when near others, spray and wash frequently. (If you are considering traveling in Japan now, you should study the Japan COVID-19 Coronavirus Tracker.)

In search of a famous-among-Japan-based-hot-spring-nuts onsen named Manza Onsen, my wife and I drove our van from our home in Niigata into the neighboring mountainous prefecture of Gunma. While driving, we passed many shuttered hotels, restaurants, and ryokan, victims of pandemic economics. We kept climbing, trusting the Google navigation system, which screwed up big time.

Late at night, we came to a four-way intersection in the middle of a forest near the top of a remote mountain. A metal gate blocked us from descending a road leading to Manza Onsen. Signage indicated that the road was closed because of a landslide. Leaf debris and plants bending over the road meant the road had been closed for a long time. One alternative was to return the way we had come and drive in the dark for several hours.

Instead, we decided to park our van under the trees, heat up a package of instant Japanese curry with a gas stove, and sleep in the back. A breeze carrying sweet vanilla-like aroma cooled us. The Big Dipper and other constellations watched over us. A stream soothed us to a deep and pleasant sleep. After savoring our outdoor breakfast of cereal, fruit, fresh coffee, and a seemingly endless view, we washed with towels that we soaked in a tiny waterfall slipping down a nearby cliff … a superb way to start a day.

Then we called a hotel in Manza and asked for directions. The correct route led us on roads that curved through forests with serene green and blue ponds and waterfalls as high as skyscrapers.

Tiny hot springs, like Hotaru Onsen, which was puffing thick clouds of mineral-heavy steam, diverted my attention, causing me to pull over, gape in wonder, and take a ridiculous number of photographs.

One of the most photographed spots along the route known as Shiga-Kusatsu Kogen Route Kokudo 292 is where a rock sculpture informs passersby that they are at the highest peak on the highest road in Japan. Though the view at an elevation of 2,172 meters was breathtaking, I gave in to my impulse to climb the monument for a better vantage point.

From there, the road spiraled downward into the tiny, quiet village of Manza Onsen (elevation 1,800 meters). Few cars were on the streets of the quiet hamlet. Hotels and ryokan were separated by plenty of space; some of them were closed. I stopped to ask a walker dressed in hiking garb for a recommendation. She replied that the outdoor bath (rotenburo in Japanese) at the Nishinkan Hotel (also called Manza Hotel) had a spectacular view. The location on the edge of a hill and next to a forest was promising. I decided to enter the hotel and scope out the hygiene. If I felt uncomfortable, I would go somewhere else.

Bottles of hand spray were at the doors and in the hallways and at the front desk. The few guests that I saw were wearing facemasks. I peaked into the dining room, which I noticed had a buffet. The staff in the dining room and at the hotel check-in area wore masks and plastic face covers. A front desk clerk asked if I would mind if he took my temperature. If I had a fever, I would have to leave. These precautions comforted me. I said to my wife, “Wow, these people are as cautious or as paranoid as I am. I can bathe here, but let’s eat lunch first.”

The healthy Japanese buffet lunch was delicious, hygienic, and only 1,000 yen (around US $9). Management required guests to wear disposable plastic gloves when taking food from the buffet. The dining room was spacious, so we could distance ourselves from others. Through opened windows, I could see tall trees and hear bird cries. Now that I was comfortably full, it was time for a bath.

Day-trippers can partake of the pleasures of both the indoor and outdoor bathing facilities, also for just 1,000 yen. The indoor bathing area named Choujunoyu has five different varieties of baths containing various herbs and mineral concentrations.

Perhaps I was overly cautious, but I reasoned that if any guests were positive for COVID-19, the outdoor bath would be the safest because of the exposure to breezes. So I decided to save Choujunoyu for a return trip after the pandemic.

Bathing in Gokurakunoyu, the outdoor bath, was such a splendid experience. Most of the time, I was alone. Two other bathers came for a short time. The bath was big enough for us to separate ourselves by several meters. Being extra-cautious, I moved upwind from the others. My wife was alone in a bath in the women’s section on the other side of a fence.

We lazed in our healthy environments for almost two hours. Sitting in the bath, I could look down on the jigoku below. Walking trails and small shrines were alongside the hills. The trails around the hills take around an hour for people who are physically fit and are likely to stop and take many photographs.

After bathing, we found hiking trails leading up into nearby mountains. We ended up enjoying several hours of walking along streams, through patches of snow, and up ridges with views that encompassed great distances. While walking, we surprised two rabbits who hopped away at an amazingly fast pace. The next morning, we strolled around Ushike Pond. Reflections of green trees, blue sky, and white clouds lay on the surface of the clear water.

As night approached, we slept in our van under trees off to the side of a road in Manza Onsen. In the morning, we visited the Manza Onsen Nature Center, which has educational exhibits and information about the local ecosystem, including hot springs and local wildlife. As we were driving away, we spotted one tanuki (raccoon dog) and several deer. The nature center staff has a map showing the dates and locations of recent bear sightings.

Information for campers: Be sure to bring enough food and water. When we visited, we did not see any convenience stores or supermarkets. Also, fill your car with fuel way before heading up. There are no gas stations within or close to Manza Onsen.

Previous post CRUISING IN A “BUBBLE” DOWN THE CALIFORNIA COAST 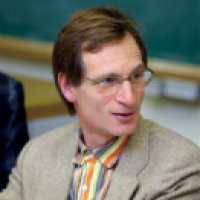 About the Author Greg Goodmacher