Tucked away 150 miles south of mainland Australia, the island state of Tasmania too often is a travel adventure after-thought. Talk about a missed opportunity.

Superlatives come easily in “Tassie,” as its 500,000 residents call it, where the world’s tallest flowering trees shelter some of the planet’s oddest mammals. Even a short visit can yield indelible experiences.

Protected wilderness makes up more than 40 percent of the island’s 26,000 square miles of land. And for good reason. Tasmania is home to scores of plants and animals found nowhere else on the planet. We explored two of Tassie’s best places to see these unique species.

In the autumn, leaf-peeping visitors come to see “the turning of the fagus.” Endemic to Tasmania, the deciduous beech (Nothofagus gunii, also known as “tanglefoot”) can be found in pockets throughout the park. A sub-six-foot tree, fagus sports small, ridged leaves that shift from dark green to rusty red and shimmering gold as the seasons turn in late April and May.

We hiked the Tall Trees Trail past towering swamp gums, which at more than 300 feet tall rank as the world’s tallest flowering trees. The mossy rainforest where they’re found is home to giant Tasmanian ferns, familiar to any Jurassic Park fan, and a diminutive marsupial called  pademelons, a chunky two-foot-tall kangaroo-like creature. During just two hours of exploration, we encountered several of them foraging along the forest floor. They’re so common in Tasmania that they’re considered pests — a bit like rabbits in North America — and have become a diet staple for captive Tasmanian devils at the UnZoo (described below).

After enjoying the lush greenery of Horseshoe Falls, we worked our way down a steep set of stairs from the top of Russell Falls, a multi-streamed cascade of water that’s also easily accessible from the opposite direction via a short paved path that starts at Mount Field’s main visitor’s center.

We weren’t lucky enough to be there at night, when intrepid travelers can explore the Glow Worm Grotto just off the main trail, where the luminous larvae of a fungus gnat produce blue light from a chemical reaction in their abdomens.

Undoing Disease at the UnZoo

The Tasmanian Devil UnZoo, about 10 miles north of Port Arthur on the Tasman Peninsula, has no formal boundaries to keep wildlife in or out, making it possible to see foraging echidnas, bandicoots, and wombats, as well as nearly 100 species of wild birds (about 10 percent of Australia’s bird species). Trails wend past a stream into the Norfolk Bay Waterfront Park, where a viewing platform offers views of sea eagles, pelicans, black swans, herons and egrets.

We fed wild Forester kangaroos and wallabies — the kangaroos are always eager for a handout and a leisurely skritch behind the ears — before enjoying Tassie’s only “flight” show featuring several domesticated bush birds.

Endangered Tasmanian devils, though, are the star of the UnZoo show. Bearing no resemblance to the Looney Tunes cartoon character of the same name, devils are stocky, fiercely loud meat-eating marsupials about the size of a small terrier. Not big hunters, devils dine primarily on road kill and other carrion. Once common in mainland Australia, they’re now found in the wild only in Tassie — but they may soon be gone from there, too.

For nearly 30 years, the Unzoo has played a key role in the effort to save the Tasmanian devil from facial tumour disease, an infectious viral cancer that spreads through biting and has killed nearly 90 percent of wild devils. With government permission, the UnZoo maintains a devil-proof barrier fence at the narrowest connection of the Tasman Peninsula to the main part of the island — the same place where 19th century jailers set up barriers to keep nearby Port Arthur’s escaped convicts from making a clean break.

Because the peninsula is home to the only known populations of uninfected wild devils, UnZoo researchers monitor the local population closely and breed healthy devils for later release into the wild.

We took a 90-minute Devil Tracker four-wheel-drive tour into the native bush to see where researchers set up and monitor infrared cameras to keep an eye on wild devil activity. Any animals that appear to be injured or sick are captured and brought in for treatment, rehabilitation and — if possible — release back into the wild.

Tasmania’s capital city of Hobart is served by direct flights from mainland Australia, including from Sydney, Brisbane, and Melbourne. Both the UnZoo and Mt. Field National Park are a bit more than an hour’s drive away, or you can arrange for guided tours to either location. If you have more time and are inclined to adventure, you may also catch the one weekly ferry operated by Spirit of Tasmania between Melbourne and Devonport near Tasmania’s other large city, Launceston. It takes more than nine hours to make the transit across Bass Strait and you’ll want to rent a car to go exploring after you’ve arrived. Both the UnZoo and Mt. Field are more than three hours south of where the ferry docks, but there are myriad other breathtaking attractions along the way.
Tags: National ParksAustraliaTasmaniaanimalsvegetationwild 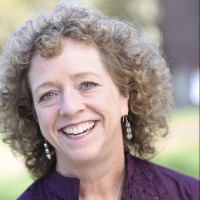 About the Author Janet Rae-Dupree