Diving ‘Beautiful by Nature’ aboard a Floating Resort

This summer, a throng will gather on the Empire State meadow –to celebrate their infatuation with baseball.

Fifty years ago this summer, tens of thousands converged on a sprawling field in Upstate New York to celebrate a shared love of peace, partying, and music. This summer, another throng will gather on another Empire State meadow –to celebrate their infatuation with baseball. Since two of the six members of the 2019 induction class wore the uniform of the New York Yankees, attendance at the annual Baseball Hall of Fame induction ceremonies on July 21 could top 100,000 for the first time.

That means a sea of bodies, most clad in baseball paraphernalia, as far as the eye can see. Meaning a crescendo of applause, flag-waving and bell-ringing for Mariano Rivera, the Panamanian-born relief pitcher who became the first man elected with a 100 per cent of the vote. Rivera, who saved a record 652 games in a 19-year career spent entirely in the Bronx, will be accompanied into the hallowed Hall by fellow pitchers Mike Mussina, Roy Halladay, and Lee Smith plus designated hitters Edgar Martinez and Harold Baines.

All the action centers on a field behind the Clark Sports Center, a mile from Main Street in Cooperstown, where the Hall of Fame opened in 1939. Inductions have been held every summer since, with attendance reaching a peak of 87,000 in 2007 for ceremonies honoring Tony Gwynn and Cal Ripken, Jr. With two Yankees set to join them this year and long-time team captain Derek Jeter on deck for 2020, that record is on life support.

Yankee Stadium is just four hours from Cooperstown, though the combination of summer traffic and country roads could make the trip more arduous. State Police and local security officials have been suggesting that finding accommodations and parking will be as difficult as hitting a Mariano Rivera cutter. Unlike Woodstock, where kids in tie-dyed shirts arrived in Volkswagens, motorcycles, and broken-down buses, Induction Weekend has the luxury of past experience. But that doesn’t mean fan behavior won’t be identical.

There’s always a multitude–not to mention tents, blankets, chairs, and even baby strollers of every size and description. Shirtless men in baseball caps and women wearing the bare legal minimum mingle under the sweltering summer sun of Central New York, turning a bucolic open field into a vast social mixer.Eventhough admissionis free,finding hotel space or restaurant seats can be taxing.Girls from Cooperstown High School sell hot dogs at prices well below ballpark average but getting one is an odyssey more difficult than finding a parking space. Long lines twist from concessions stands, with hungry spectators forced to tip-toe around arms, legs, and torsos straining for a better look at the action on stage or the enormous video monitors erected for the occasion.Baseball Woodstock is a once-a-year event, usually held the third weekend of July. The atmosphere is festive, typical of an overcrowded country fair, with fans cheering not only for their favorites but also for the others on the podium. Selecteesare told to keep speeches short but often lose their composure or feel a need to thank the dozens of people –including teachers and coaches in addition to family members –whoinspired them. Contrary to what Tom Hanks said in A League Of Their Own, there is cryingin baseball.Winning election is difficult since it requires 75 per cent of the vote by the Baseball Writers Association of America.

Many of the former players who surface for Induction Weekend find time for golf on the greens of The Otesaga, a 110-year-old lakefront resort where the Hall of Famers and baseball officials stay. Celebrity sightings on the streets are common, as teams associated with the honorees sometimes send planeloads of stars.

Induction Weekend not only attracts living Hall of Famers but also former stars good enough to merit baseball cards instead of plaques but anxious to sell their autographs along Main Street, limited to pedestrians-only during Induction Weekend.

Getting there is half the fun. Perched in the hilly terrain described in James Fenimore Cooper’s Last of the Mohicans, Cooperstown is 90 minutes west of Albany and 45 miles south of Utica. There’s no airport, train service, or high-speed highway –just a maze of two-lane roads that slice through thickets and woods while clinging to the shoreline of Lake Otsego, called Glimmerglass Lake in Cooper’s novels. The town has five square blocks, homes and structures erected more than a century ago, an opera house, and a few museums that sprang up to complement the Hall of Fame.Opened in a brick building that could pass for a police precinct, the interior of the four-story structure is a world-class museum that traces the 150-year evolution of baseball. The Hall of Fame is more than a museum; it’s a shrine to American history. 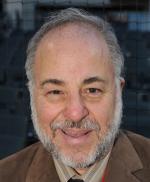 About the Author Dan Schlossberg