Cruising the Volga with Love

Maramureș, Romania: The Beauty of a Simple Life

The region of Maramureș is a vast, untamed territory, filled with local traditions and a very rich history. This small enclave is one of the most isolated regions in Europe.

View of a village in Maramureș. Photo by: Anda Galffy

For me it’s hard to imagine living outside the conveniences of modern civilization, in a world without technology, or public transportation, without art or entertainment. I’ve got too accustomed to the ways of our western society, so geared towards opulence and consumerism. And yet, there are times when I feel trapped between computer monitors and concrete walls. And then I find myself yearning for a more peaceful place, where things can be simpler. A place with no Wi-Fi and no smart phones, no traffic jams and no big malls, where I could live the simple life that my grandparents used to live. There are still a few corners of rural areas like this left in the world, but they are not easy to find. One of them is the county of Maramureș, located in the northern part of Romania.

The region of Maramureș is a vast, untamed territory, filled with local traditions and a very rich history. This small enclave is one of the most isolated regions in Europe.  Considered the heart and soul of rural Romania, Maramureș is famous for its traditional way of life that remained unchanged for hundreds of years. Its picturesque villages, rolling hills and meadows dotted with wildflowers are the epitome of the rural lifestyle.

The region’s isolation saved Maramureș from the mass collectivization that took place in Romania during the communist era. The villages in Maramureș were so hard to reach that collective farms didn’t seem to make sense there. So the farmers were allowed to keep their own land and cultivate it, in exchange for turning over a large part of their harvest to the government authorities.

Visiting Maramureș is like stepping back in time at least several decades, if not more. The countryside is dotted with old timber houses and farmsteads fronted by big ornamental wooden gates, often with their own water wells because they have no running water. You can still see farmers mowing the grass with a scythe and stacking it on haystacks, horse-drawn carts, wrinkled old women wrapped in colorful headscarves sitting on their front porches, or young women washing their laundry in the river. Many women still make clothes for their families and many older villagers still wear the traditional shoes made of pig leather, the so-called ‘opinci.’

These people’s life may seem hard and simple –and it is– a constant fight to grow the crops and raise the animals, working from dawn till dusk, sometimes with very primitive tools. But the people of Maramureș don’t feel sorry for themselves. Their dignity is quite impressive. Their self-sufficient way of life may be simple, but it has its own rewards and reasons for celebration. They live with pride and raise their families according to rites that have been handed down from generation to generation.

Maramureș is famous for its beautiful wooden architecture and wooden craftwork, especially the wooden churches –some of which have been declared UNESCO heritage sites. Elaborate woodcarvings decorate the eaves, gates and windows of many houses, but what defines the region are beautiful wooden gates that can be seen in all the villages.

Besides traditions and history, in Maramureș you can find some very unusual places, like the interesting Merry Cemetery of Sãpânta –unique in the world– with its gravestones painted in bright colors, depicting comic epitaphs. But if you want to experience something quite special, you must go to Vișeul de Sus to ride the Mocanița, a steam powered locomotive. Mocanița is the only narrow gauge lumber train left in Europe of the many that were constructed in 1932 to transport timber from the remote forests of the Carpathian Mountains. And almost 90 years later, the train still crosses the bridges and tunnels that take it into the gorges of the Vaser Valley to haul wood.

There are many regions in this world that are worth seeing but rarely will you encounter a place like Maramureș, evoking a time when life was hard but also calmer, simpler, richer. However, these are scenes that may disappear in a not-so-distant future. Considering the rapid changes that take place in the post-communist Romania, Maramureș may undergo the same transformation that other regions of the country did, making room for progress and a more advanced technology. Even so, the old traditions will always be part of the culture of this region. 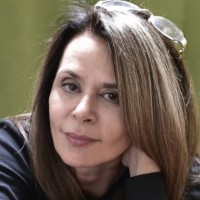 About the Author Anda Galffy

Anda Galffy is a Romanian-born travel writer and passionate photographer living in Southern California. She is the editor, writer and photographer of Travel Notes & Beyond, a collection of stories and travel impressions from her wanderings around the world. Her articles focus on beautiful destinations, culture, history and food. She strives to provide her readers with new travel ideas, or just give them a new perspective on the places they have already seen. Anda is the recipient of a Silver Prize in the 2016 NATJA Awards Competition.