As a travel writer, I’m often questioned about my dream vacation. A poker getaway is always at the top of my list.

As a travel writer, I’m often questioned about my dream vacation. A poker getaway is always at the top of my list. I’d skip beaches, sightseeing, museums, shopping, sporting events, etc., and follow my personal yellow brick road in the direction of casinos or card rooms across the country.

So, why that? It’s in my DNA. My mom and my aunts were terrific card players. An uncle was always a guest of a casino in Vegas’ golden age. My grandmother actually died at the poker table! Over the past few years, I’ve played 13,000+ hands of Omaha High/Low and 14,000+ of Hold ‘Em in home games, casinos, computer simulations and online. In February 2014, my app, Poker Tutorial: Omaha 101 – Improve Your Game and/or Learn the Basics, was launched. It was downloaded in over 40 countries around the world. Its updated version, Poker Tutorial: Omaha 101 Plus An Insiders Guide To Reno, recently won Gold in the app category in the North American Travel Journalist Association’s 2015 competition.

Where my travel odyssey begins. In fact, my first stop is just outside of my hometown, San Diego, at the Four Diamond Pala Casino Spa Resort. Heading north, I’d hit the Commerce and Bicycle card rooms in the L.A. area on the way to Bay 101 in San Jose. These three venues host major tournaments that are frequented by poker’s elite players.

Reno, Nevada, “The Biggest Little City in the World”

I would skip Las Vegas’ 120+ casinos and continue my journey to Reno. I’m familiar with the friendly, well-run poker rooms at the Eldorado, Peppermill and Grand Sierra casinos. Two others are close to my heart: In 2015, I placed 5th in a World Poker Tour’s Deepstacks Omaha Hi-Low tournament at the Atlantis and also cashed #1 at a daily tournament at the Nugget.

My wanderings now turn to try to solve a mystery. Why are almost half of the 400 licensed card rooms in the U.S. located there?   By way of comparison, California has less than 100 card rooms, yet California is #1 in population vs. Montana at #44. What’s going on?

In The Show Me State—Missouri

The daydream continues as I reach my birthplace, St. Louis, which features riverboat gambling. I will stay a bit longer to visit family, friends, eat thin crust pizza, toasted ravioli gooey buttercake and, of course, play poker. What could be better?

Wraps up my make believe tour. I’d search out an illegal “underground” game, as portrayed in the movie Rounders, to test my skills. It will be a short stay in New York City because I much prefer tournament settings (a fixed dollar buy-in limits potential losses).

And, with that, my cross country fantasy road trip is complete.

Did I win? On this imaginary poker odyssey, of course I did. 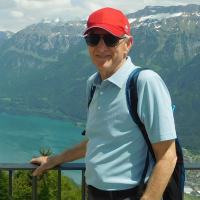 About the Author Howard Hian