A Road Trip to the Amana Colonies During the Pandemic

Christmas in North Carolina at Asheville’s Biltmore House is a singular experience.

Christmas in North Carolina at Asheville’s Biltmore House is a singular experience.

How does one go about planning decorations and events at the largest private residence ever built in the United States? How many light bulbs and miles of wire are needed to decorate a 175,000-square-foot house?

This grand house was begun by George Washington Vanderbilt when he was 28 years old and a bachelor. “The House” officially opened in 1895. Mr. Vanderbilt was by then 35 years old and had acquired a wife. That year the first Christmas was celebrated on the estate. The tradition continues to this day but in a manner probably not imagined by Vanderbilt but one which he would most likely approve of in its grandeur.

Every year from early November through January 2nd visitors come to see the great house dressed in miles of ribbon, garlands, lights, and more than 40 decorated trees inside the house. A focal point in the Banquet Hall is a gloriously decorated 35-foot Fraser fir Christmas tree. Whenever possible the decorations hark back to the grandeur of the Golden Age of the late 19th Century. The house’s original electrification was personally done by George Vanderbilt’s good friend Thomas Edison at a time when most Americans did not have electricity.

Arriving at the house from the front gate, a drive of three miles, visitors are treated to a grouping of festive holiday trees on the front lawn featuring a 55- foot tall Norway spruce. At night the view of the trees with their myriad of blazing lights under the night sky is spectacular. During the holiday season there are two different experiences for visitors.

Daytime tours of the seasonally decorated house are impressive. During the special Candlelight Christmas Evening tours, all of the house’s fireplaces are cheerily ablaze. The rooms take on a magical glow and lighted candles illuminate the holiday décor. In the evening, the intensity of the lighted decorations increases while soloists and choirs perform traditional Christmas music bringing holiday warmth to the extravagant holiday décor that is Biltmore. It is truly an evening to remember.

Christmas at Biltmore is a special celebration and is considered one of the Southeast’s most elegant and awe-inspiring holiday travel destinations.  Evening guests can also take advantage of Biltmore’s Antler Hill Village and Winery to enjoy free wine tastings. Advance reservations are required for evening visits. These reservations enable ticket holders to return during the day and experience the house and grounds in daylight.  Each is a totally different experience.

Fireplaces in the Banquet Hall. Photo credit: The Biltmore Company.

Tickets for the Candlelight Christmas Evenings are considered a “hot ticket” and those in the know order theirs as far in advance as possible to insure their place in line. But what exactly is the Biltmore Estate under all of its holiday finery?

As previously mentioned, it is the largest private residence ever built in this country with more than 250 rooms, 35 bedrooms, 43 bathrooms (when most Americans lacked indoor plumbing), 66 servant’s rooms, 65 fireplaces, a fire alarm system, electrical call box for servants, 2 elevators, elaborate indoor plumbing, that new novelty called a telephone, walk-in refrigerators , under-cabinet chilling systems in the kitchen to hold prepared foods, a 70,000-gallon indoor swimming pool, a two-lane bowling alley and many more innovative features under roof.

Originally situated on 125,000 acres or 228 square miles of land, Biltmore has been pared down to a more manageable 8,000 acres of forests and streams, including its own farms and vineyards, formal gardens, and all manner of outdoor activities for visitors. An eclectic mix of restaurants from fast food to fine dining is located at many of the on-site venues

I first became aware of Biltmore when watching the wonderful 1994 Award Winning movie “Being There” with Peter Sellers and Shirley MacLaine. Much of this highly recommended picture was filmed in the Biltmore House on the estate’s grounds.

Biltmore’s formal gardens, considered to be one of America’s finest, were designed by Frederick Law Olmstead known as the Dean of American Landscape Design. It was one of his many grand projects which included New York’s Central Park. At 125,000 acres, Biltmore was to be his last and greatest project.

Visiting here is a four-season experience. Approximately 5,000 acres of gardens and woodlands are maintained by staff. Eighty or so varieties of roses and 50,000 tulips and many other types of plantings delight visitors at different times of the year. When in bloom, rhododendrons show bursts of color among the green of the woods. Fall is a delight for all with the forest’s vibrant colors stretching to the horizon.

The admission fee gives visitor’s access to “The House,” Gardens and Grounds, Antler Hill Village and Winery, optional outdoor adventures and much more. There are a plethora of choices for everyone in “The House” throughout the 8,000 acres.

After purchasing tickets, visitors are directed to a parking lot from which busses take them to “The House” where the adventure begins. After leaving the mansion, busses return them to their cars at which time they can use their own transportation to roam the estate and visit Antler Hill Village & Winery, Deerpark, several restaurants or just wander the magnificent grounds at their own pace.

At the Biltmore House many optional guided tours are offered that take visitors to parts of “The House” not included with general admission tickets. There are many from which to choose. We took the Butler’s Tour of the Biltmore.

It was like being behind the scenes of our favorite TV series, Downton Abby. A one hour guided tour took us up and down back staircases, kitchens, prep rooms, staff dining room and staff bedrooms. We learned that in the grand mansions during this country’s Golden Age (1880’s – early 1900’s, it was the Head Housekeeper not the Head Butler who ruled the roost.

Opened in 2010, the Village is the center for information about Vanderbilt family history and features live entertainment, dining and shopping. There restaurants, coffee, ice cream, pastry and sandwich shops. It is also the location of the famous Biltmore Winery.

The most visited winery in the United States is not in California’s Napa Valley but right here in the mountains of North Carolina at the Biltmore Estate. The Biltmore Winery hosts approximately 600,000 visitors a year who stop by for a free tour and samples of the Biltmore vineyard’s offerings.

George and Edith Vanderbilt had one child, Cornelia, born in 1900. The Vanderbilt’s were married for only 16 years when George died from complications of surgery in 1914. He was 52 years old. Edith remained at the Biltmore house and ran the estate.

In 1930, during the Great Depression, the Biltmore Estate was opened to the public for the first time. It was hoped this would increase tourism in the Asheville area and that visitor admissions would help defray costs of running the Estate. Both things came to pass. Today, more than a million visitors pass through the gates every year. The Biltmore Estate is privately owned and supported entirely by admission fees. There is neither government funding nor grants.

A question frequently asked is why the property is called Biltmore? The Vanderbilt family originally came from Holland. George Vanderbilt called his estate Biltmore – from “Bildt,” the Dutch town where his ancestors originated, and “more” an old English word for open, rolling land.

If you have only one day to spend at the Biltmore Estate, do your home work.  Go to their web site (www.biltmore.com) and check out what is of interest to you. The Biltmore House will of course be #1, but then go to the other venues and make a list in order of interest, of the other things you would like to experience.

We spent two leisurely days touring this wonderful property and still did not experience all it had to offer. If you can’t do everything during a one day visit, you might want to plan on coming back during another season to continue the tour.

Previous post Cruising Norway in the Footsteps of Vikings 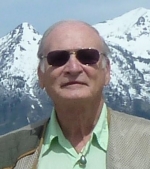 About the Author Warren Resen