River cruising is all the rage these days.

Dave Houser — September 1, 2015
I started out thinking of America as highways and state lines. As I got to know it better, I began to think of it as rivers. – Charles Kuralt

River cruising is all the rage these days.  According to Cruise Line International Association (CLIA), river boating is the fastest growing segment of the cruise industry, notching 15% gains annually since 2009.  Europe leads the way with more than 100 vessels plying the continent’s waterways, principally the Rhine, Danube and Elbe Rivers.

These riverboats are increasingly sophisticated and luxurious, averaging 400 feet in length and carrying 200+ passengers.  Industry leader Viking River Cruises operates 53 ships and will boost its fleet by another dozen in 2015.  Others, including Avalon, AMA Waterways, Uniworld and Tauck are adding vessels as fast as they can be built.  The river boating boom extends well beyond Europe – to Russia, China, Myanmar, India and Vietnam.

Surprising though it may seem, the United States, blessed with nearly 25,000 miles of navigable inland waterways – more than the rest of the world combined – hasn’t experienced the frenzied growth in river cruising sweeping Europe and other regions of the globe.  That’s not to say there aren’t plenty of compelling and pleasurable river cruising possibilities in the U.S. — and we’ll review them for you in a moment  — but first let’s look into why the European success story hasn’t been mirrored in America to any great extent.

Reasons for this can be traced to a couple of old and outmoded protectionist acts – the Passenger Vessel Services Act of 1886 and the Merchant Marine Act of 1920, commonly known as the Jones Act – through which Congress sought to safeguard U.S. shipbuilding and merchant marine industries against foreign competition.  In essence, regulations imposed by these acts require that all vessels operating in U.S. waters be built and owned in the U.S. and crewed entirely by Americans.

Regulations such as these levy some obvious limitations on American river cruise operators.  First, they can’t import any of the latest European designed and built vessels. With very few shipyards in the U.S. building passenger ships, they usually have to build their own vessels or refurbish existing ones.  Hiring all-American crews means paying higher wages than their foreign counterparts and forces compliance with stricter U.S. labor laws.  Regulations also require adherence to U.S. Coast Guard safety standards, which are among the most rigorous in the world.

With its modern six-ship fleet – all built at a company-owned shipyard in Maryland – and two new vessels in the offing for 2015 and 2016, American Cruise Lines is by far the leading player on the inland rivers and waterways of the United States.

ACL offers more than 35 itineraries featuring cruises ranging from 6 to 21 days. Most popular are its Mississippi River cruises utilizing the line’s 140-passenger paddle wheeler Queen of the Mississippi, an elegant rendition of the traditional Victorian-style riverboats of the 1800s, but with all the modern features and amenities expected by today’s travelers.  The company’s new 150-passenger paddle wheeler, American Eagle, will begin navigating the Mississippi in the spring of 2015.

Another sternwheeler, the 120-passenger Queen of the West, churns a marvelously scenic 1,000-mile course along the Columbia and Snake Rivers, between Portland, OR and Clarkston, WA – a route so popular that ACL is bringing on a new companion vessel in 2016.

Featuring a pair of innovative vessels that can go places no other passenger ships can, Blount Small Ship Adventures is in a class by itself.  Founded in 1966 by inventive Rhode Island shipbuilder Luther H. Blount, this family-owned company pioneered the concept of casual, offbeat cruising aimed, as Luther often said, at “seeing places and people in an unobtrusive and authentic way.”

Blount’s twin 96-passenger ships, Grande Mariner and Grande Caribe, feature shallow draft (7-feet) hulls and retractable pilot houses that enable them to slip beneath low bridges and transit locks that typically exclude larger cruise ships.  Patented bow ramps, another Blount innovation, allow passengers to disembark directly from the ship into the heart of small ports or even on isolated beaches and rocky shores.

Blount’s American river cruise offerings are varied and extensive, ranging from 6 to16 days.  One of their “Signature Series,” the 16-day Great American Waterways cruise serves as a good example of the possibilities with Blount.  This voyage, from Chicago to Warren, RI, traverses nearly 20 waterways, including four Great Lakes, the St. Claire, Hudson and Detroit Rivers; the Erie, Oswego and Welland Canals, and New York Harbor.

A series of spring cruises take in the Mississippi, Ohio, Cumberland and Tennessee Rivers, and a 9-day voyage from New York to Washington DC courses the Hudson and Delaware Rivers and the Chesapeake and Delaware Canals, arriving in the Capital on the Potomac River.

While both Blount ships, dating to the late 90s, were recently refurbished and upgraded, they are no-frills vessels with tiny cabins (none more than 100 sq. ft.) and limited amenities.  Nonetheless they attract a loyal following among cruisers who place a premium on down-to-earth authenticity and adventure over luxury surroundings and pampering.

SS Legacy at the Dales

Seattle-based Un-Cruise Adventures operates just a single ship on American rivers, but it makes the most of it with a creative portfolio of upscale voyages out of Portland, OR on the Columbia, Snake, Willamette and Palouse Rivers with its replica turn-of-the-century coastal steamer S.S. Legacy.

Un-Cruise wows the 88 guests onboard its elegantly decorated Legacy with special touches, including outfitting her crew in period attire, onboard historians and guest experts, Northwest-focused gourmet cuisine, complimentary massages and included shore excursions.

The company operates seven other ships in the coastal waters of the Pacific Northwest, Alaska, Hawaii and Mexico, but its mainstay U.S. river offering is a 7-night “Legacy of Discovery” voyage (April-November) on the Columbia that traces the epic journey of the Lewis & Clark Expedition.  Its features include the Columbia River Gorge National Scenic Area and towering Multnomah Falls; eight lock transits and a tour of the Bonneville Dam Visitor Center; a tour of Lewis & Clark’s Fort Clatsop; a visit to Columbia River Maritime Museum in Astoria, OR, and a private tour and tasting at a Washington winery.

In 2015, Un-Cruise Adventures will introduce a series of special wine-themed cruises under the banner “Ameritage! Four Rivers of Wine & History.”  These itineraries on the Columbia, Snake, Willamette and Palouse Rivers feature an onboard wine expert and tastings and tours of nine Oregon and Washington wineries.

Queen of the Mississippi

Queen of the West, docked

Queen of the West

American Queen Steamboat. For all you American history buffs/cruise enthusiasts out there, clear your calendars, because the largest steamboat ever built is back on the waters.

Old-fashioned steam boating is the forte of Memphis-based American Queen Steamboat Company, which operates a pair of the frilly Victorian era replicas.  One of them, the behemoth 418-foot, 436-passenger American Queen, is the largest riverboat ever built.  It plies the Mississippi, Ohio and Tennessee Rivers, year-round on 4 to 9 day cruises, with dozens of dates dedicated to special themes – holidays, music, bourbon and even beer.  Built in 1995, American Queen was the pride of the Delta Queen Steamboat Company until it ceased operations in 2008.  AQSC acquired the ship, refurbished it and returned it to service in 2011.

AQSC also operates the largest passenger ship on the Columbia River, the 360-foot, 223-passenger American Empress.  Another reclaimed vessel, it was operated by Majestic America Line as the Empress of the North from 2003-2009 – and was relaunched this year.  It performs 9-day cruises between Portland or Vancouver, WA and Clarkston, WA and offers an itinerary similar to that described above for Un-Cruise Adventures’ S.S. Legacy.

Next post A Mediterranean Cruise of the First Magnitude 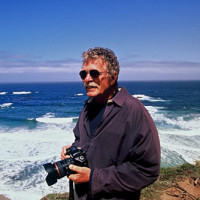 About the Author Dave Houser

During a 27-year freelance career, Dave G. Houser has established himself as one of America’s most widely published travel journalists. His articles and photos appear regularly in dozens of leading magazines and newspapers, books, brochures, and advertorials and his work has won honors in a number of important travel journalism competitions. A full-time freelance, Dave has traveled to 154 countries and specializes in offbeat/adventure, cruise and RV travel.
Website